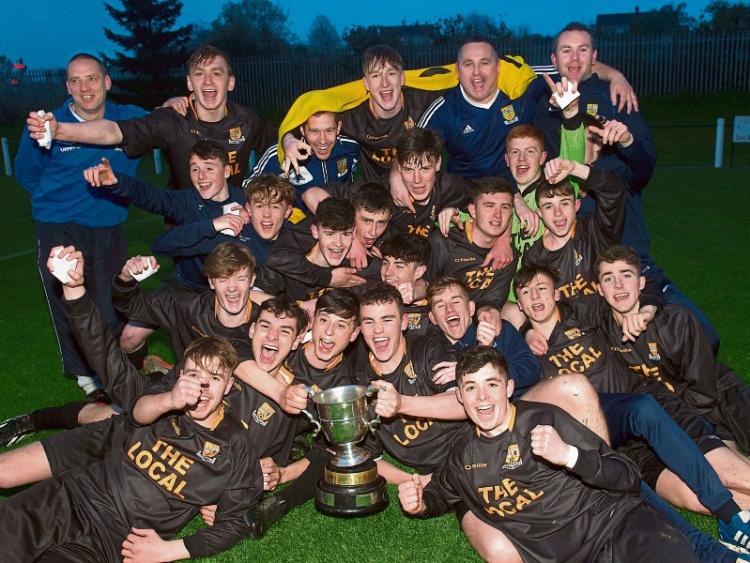 Clonmel Town Youths successfully retained their Munster Youths Cup crown on Saturday night when they beat Limerick giants Fairview Rangers by three goals to one on penalties after playing out a pulsating 110 minutes of football with the sides locked at nil all.

From start to finish this was an extremely tight game with both defences in top form. Fairview started well and with just four minutes gone a long ball over the top fell to Fairview marksman David Hannon, whose lobbed effort was fantastically saved by Ciaran Barrett in the Town goal.

That was the last major chance either side had in the first half, and the second period was more of the same, with more tension for the Tipperary side as Barrett again came to the rescue ten minutes in, pulling off a wonder save from a header to keep Town in the game.

On the hour mark Micheal Foley should have put Town in front after Dean Clarke swung in a pin point cross, but his headed effort was held by the Limerick keeper. Fifteen minutes from the end, another Clarke corner was whipped in and Jack Harney’s header skimmed the cross bar, with the crowd now beginning to wonder were they ever going to see the net bulge, or would their side rue the number of missed chances that were racking up.

And finally, with minutes ticking away Dylan Walsh thought he had won it for Town but his free kick was saved brilliantly to send the game to extra time. Both periods of extra time were tense and in the second half Shane O'Meara had another effort saved valiantly as the result was forced to be decided by a penalty shootout. David McGlynn, Micheal Foley, Daire Egan were all successful from the spot the hero of the day was Ciaran Barrett as he again for the second time this season saved three penalties to ensure Town kept the Munster Cup in Clonmel for the second year in succession.