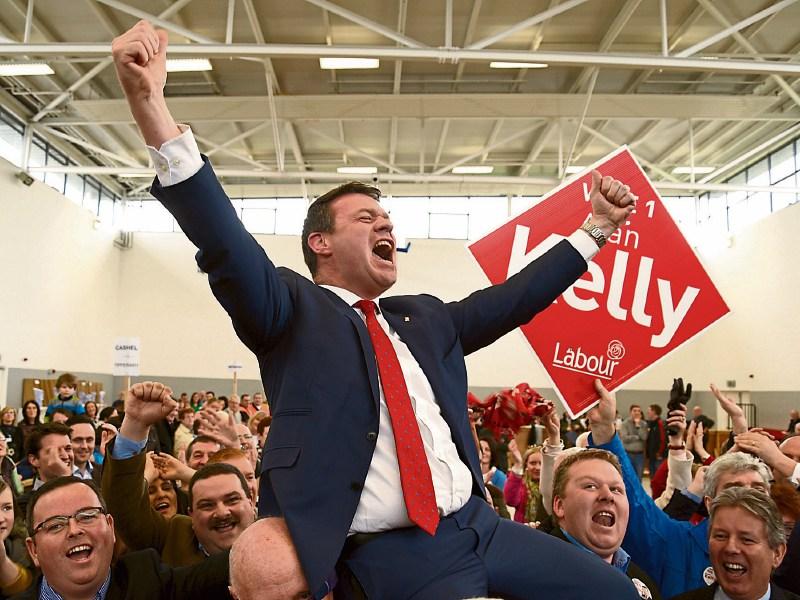 Tipperary TD Alan Kelly is being hotly tipped to take over the leadership of the Labour Party following the resignation of Joan Burton this week.

The Portroe man, who is currently Deputy Leader of the party, has come back strong from the General Election humiliation which saw the party lose a substantial number of seats - Kelly himself took the last seat in the Tipperary constituency following a bruising campaign.

However, his swashbuckling personality is seen as a major plus as Labour tends to the task of rebuilding the party and Deputy Kelly is now being tipped to take over the reigns in the coming weeks.