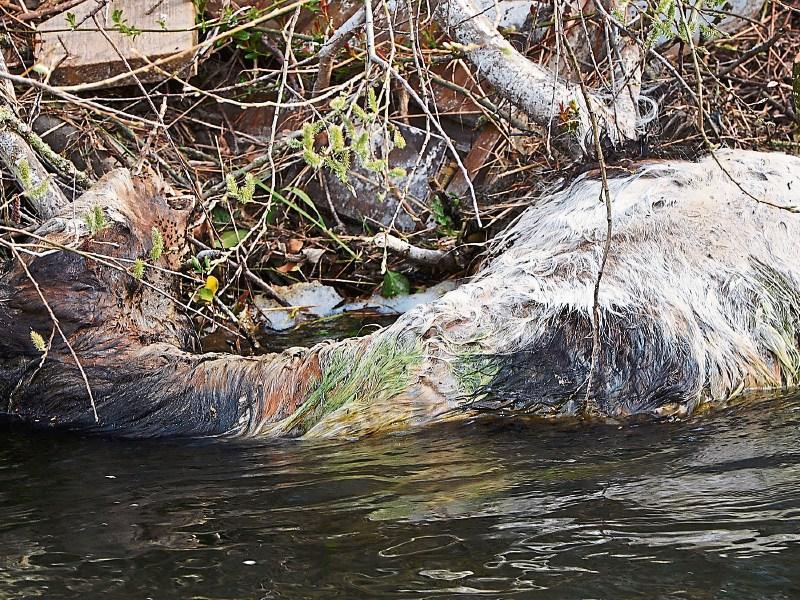 Pollution of the Moneen river near Roscrea is an “absolute disgrace” and threatens the viability of Roscrea & District Angling club if left unchecked, heard a meeting of the Roscrea Community Development Council (RCDC) on Thursday.

Natural brown trout which inhabit the Moneen - a tributary of the Brosna river - are not able to breed due to extensive pollution at an area located close to the Dublin road, said Club spokesman David Warren.

On April 21st, Club Chairman Noel Wright was out fishing when he noticed four horse carcasses in the river. The group posted on social media: “We notified the IFI (Inland Fisheries Ireland) which passed it on to Offaly County Council and they removed the four carcasses from the river. We then made the grim discovery that these animals were young and had all been shot in the head. This is an absolute disgrace and a barbaric act of animal cruelty. This has now been passed on to the ISPCA and we hope the culprits will be brought to justice.

“This unfortunately has been a terrible week for the club with rubbish being dumped and now four dead horses. Shame on all those responsible for these acts on the great work we and other organisations carry out on the river.”

Mr Warren told the RCDC meeting that the newly formed club, with about 30 members, may not be able to continue if the pollution persists. The river the club uses is populated with naturally breeding brown trout, and they are not allowed to stock it with foreign species. The trout are not now coming downstream of the pollution discovered in the Moneen.

“The river is being poisoned by sewerage pipes,” said Mr Warren. “Four horses were shot in the head, and there's an absolute stink with raw sewerage. The whole town either fishes or swims in that river. There's a smell from it you can get from 50 yards away.”

The issue was put to the Environmental Protection Agency (EPA), who passed it onto the IFI, who passed it to the Co. Council: “it's going around in roundabouts,” said Mr Warren. “The club is struggling. It's an absolute disgrace that the river is being poisoned. Your stomach would turn with the smell of dirt coming out.” Fungal growth has appeared in patches, killing off other organisms in the river. The club has informed its Solicitor, and could even “name and shame” certain individuals it knows to be involved. Mr Warren said he and other members have taken pictures and may pass them on to the authorities, including photos of raw untreated human waste.

As well as some 30 members of the club, there are about 200 Anglers in Roscrea who are demanding urgent action.

Roscrea and District Angling Club is a newly formed club open to new members young and old interested in Angling. The clubs phone number is 0892022277