Clonmel volunteers to be remembered 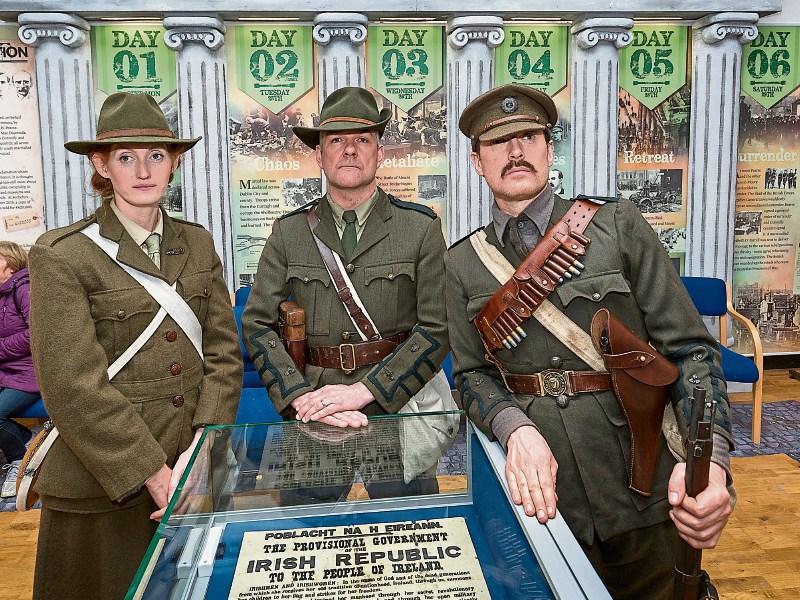 At Easter 1971, at the request of the Spirit of 1916 Committee, Clonmel Borough Council erected a monumental plaque in the ornamental garden in the grounds of the Town Hall to mark the 8oth anniversary of the Easter Rising.

The plaque bore the names of the 43 local members of the Irish Volunteers who mobilised for the call to action in Easter Week 1916 – a call which, of course, did not reach Clonmel.

Over the years commemorations were held which were attended by relatives of those whose names were inscribed on the monumental plaque. Since the abolition of the Borough Council, however, access to the plaque was no longer easily available to the general public.

Some months ago a decision was taken by the Spirit of 1916 Committee to seek the approval of the relevant local authority to move the memorial to a prominent position in the town. This, it was hoped, would allow the people of Clonmel to become familiar with the names of its sons who were prepared to answer the call of freedom in 1916.

The local authorities proved entirely amenable to the suggestion and preparations were begun to move the existing memorial to the area in Emmet Street facing the mountains from the open space beside the old Borstal gate with its many historical associations.

The project is now well under way and June 6th – Bank Holiday Monday – has been fixed as the date for the official unveiling of the monument. There will be an official army presence and various public bodies as well as local voluntary groups will be represented.

Pride of place will be allotted to the relatives of the 43 Volunteers whose names are inscribed on the monument. Every effort has been made to identify those relatives and it is hoped that any who may have been overlooked will come forward before the day of the unveiling.

The arrangements for the appropriate observance of the occasion, which has the warmest support of the local authority and the Heritage body, are in the hands of the Spirit of 1916 Committee whose chairman is Con Hogan, secretary is Paul Keating, Treasurer is Paul O’Neill. Other members of the committee are its President Tom Stafford, Paul O’Neill, Blanaid Ni Raghallaigh, Sean Callaghan, Ross Stafford, Sean Carey, Seamus Leahy, Sean Nugent, Mathun O’Caoimh and Councillor Pat English.

The oration at the blessing and unveiling of the monument will be delivered by Labhras O’Murchu of Comhaltas Ceoltoiri Eireann who has been closely associated with the activities of the committee over many years. Voluntary groups wishing to participate in the parade are invited to contact any member of the committee.