3,300 walk from Darkness into Light in Cashel 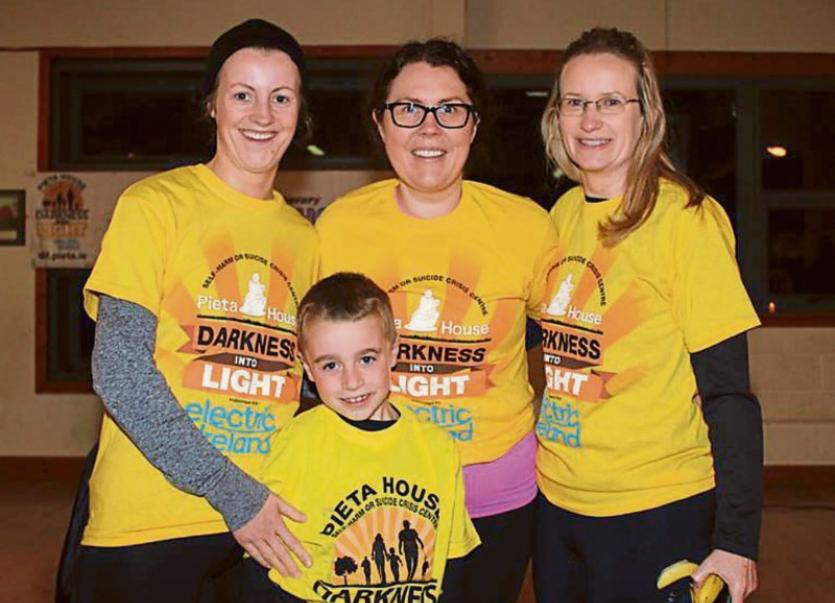 On May 7 at 4.15am more than 3,300 people walked in Cashels third Darkness Into Light, the flagship fundraiser for Pieta House.

Walkers started arriving at 3am and were entertained pre event by local Cashel DJ Daniel Hayes "DJ Boots" while The Irish Scouts helped with tshirt distribution at the last registration station at the rugby club.

Fitness Instructor David Brennan led the crowd through a warm up from the balcony. Following a speech by Cashel Commitee Chairman Liam Ryan a moments silence was observed by everybody for our recently deceased committee member Michael Purcell.

Liz Quish, Pieta representative, read a speech by Joan Freeman, founder of Pieta House which was read at over 110 locations worldwide before the walk started.

Actress Rachel Pilkington, star of Fair City and ambassador for Pieta House, cut the ribbon as Cashel town once again became a sea of yellow with people walking from the darkness into the light.

A drone provided by Choice Rural Broadband provided tech support and filmed the crowd throughout the night and their amazing footage is on Facebook and Youtube listed as 'Darkness Into Light Cashel 2016.'

The walkers were entertained en route by trad band The Badgers and The Tipperary Gospel Choir.

Hot food and refreshments were sponsored by local business all of whom will be listed on the Cashel DIL Facebook page and at the pop up display at Xtravision Cashel.

The entertainment continued following the walk with Rachel Pilkington and the Tipperary Rose Karen Fitzgerald mingling and posing for photos while DJ Boots continued to play providing an ambient atmosphere as people signed our Banner of Hope and chatted. Presenters and crew from Irish TV programme Tipperary Matters were on site and spoke to people in the crowd, this show will air soon details will be on Facebook .

The Cashel DIL organising Committee (Liam Ryan, Declan Fitzgerald, Brendan Ryan, Cher Gleeson Quinlan, Jackie Kennedy, Bernie Ryan, Alison De Vere Hunt, Killian Fitzgerald and Paul Carew) would like to thank everybody who participated as well as the many volunteers, sponsors, Gardaí, Order of Malta, Ambulance and Cashel Rugby Club for providing the venue. Further details of total funds raised will follow. Post your pictures on the Cashel DIL Facebook page or message them to Cher as they are compiling a slideshow.

Pictured right are some of those who took part in the Cashel event.