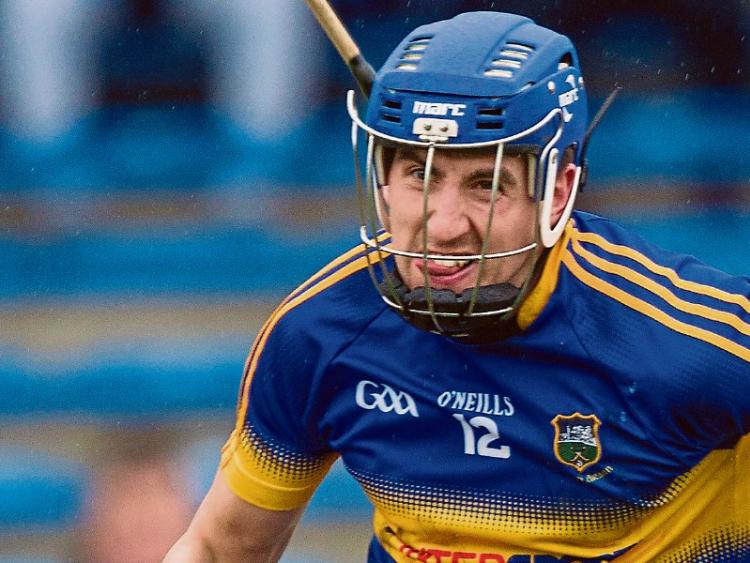 One of the most storied rivalries in the game of hurling gets its newest airing on Sunday when Cork come to town for a long-awaited championship opener.

It’s hard to imagine that we’ve been redundant since April 3, but the long wait is finally over. The swallows are back, the sun is shining and the Rebels are in town with a very definite cause to pursue.

It’s a strange era for Cork hurling. Imagine the following coming from the mouth of a Cork manager: “There’s no question in Tipperary and all over the country that it’s just a matter of how much Tipperary will win by – not whether they win, how much they win by”. The words are Kieran Kingston’s, setting a certain agenda for Sunday.

Inevitably there’s an element of gamesmanship in these words but even allowing for that could you imagine any Cork manager in the past expressing similar sentiments ahead of a key Munster showdown with the old enemy? The fact that these words are not even mildly surprising reflects a strange modern reality in Tipp/Cork hurling rivalry.

So, Tipperary is going to win then, no question, all we need discuss is the margin. The bookies, incidentally, agree with Mr. Kingston installing Tipperary as 2/5 favourites and offering Cork at 9/4. That’s quite a margin. It’s a done deal then – no sweat.

Indeed. And if you believe such musings you’re also liable to believe that all Corkonians suffer from an inferiority complex. Worse still is the danger that the players will digest this particular line. If they do, then may I suggest a little wager on Cork next Sunday?

It’s all an uncomfortable reminder of the preamble to the 1990 Munster final. Tipperary were champions and bullish about disposing of Cork on home turf.

Our manager told us in advance that donkeys don’t win derbies and our PRO penned the following in the match programme: “Cork lack players of real class and every team hoping to win an All Ireland needs three or four such players”. Indeed. The problem was that the classless Cork players beat us 4-16 to 2-14, and for good measure went on to win the All Ireland.

Championship games with Cork tend to take on a life of their own and when thinking about this fixture, Donald Rumsfeld, the former US Secretary of Defence, kept coming to mind. Remember his famous statement about the known knowns, the known unknowns and then the unknown unknowns. You could apply all three categories to this particular game.

There are certain things we know about Cork, such as the pace and potency of their attack. Then there are the unknowns such as the shape and solidity of their defence; will they employ a sweeper? However, it’s the third category that fascinated Rumsfeld most, the things we don’t know we don’t know. These are the surprises that can trip us up, such as Mark Foley scoring 2-7 in 1990. Who saw that coming?

In Tipperary’s case there are plenty of known and unknown aspects. We know that Michael Ryan’s first league campaign as manager was one of our poorest in years. It began spectacularly on February 13 with a demolition of Dublin but then stumbled along unevenly: losses to Kilkenny and Waterford were followed by a stabilising draw with Galway; then came a comfortable win over Cork and it all ended with that galling Ennis defeat.

On the positive side it was a campaign that saw Michael Breen and John McGrath emerge as players of substance; these were welcome additions after last year’s retirements. Ronan Maher’s promotion to number six was another positive as was Brendan Maher’s relocation to midfield. These are the knowns.

However, there are plenty unknowns too. Seamus Callanan missed a lot of the league with injury and we’re still unsure if he’s regained his mojo. Injuries have taken a toll on Mickey Cahill too and he’s struggling to recover his swagger of a few years back. At times we’re left questioning Noel McGrath’s form and ‘Bonner’ Maher has lost some of his former impact. Will recent publicity affect Darren Gleeson? These are some of the unknown elements to which answers may emerge on Sunday.

As for the unknown unknowns, these are the out-of-the-blue spectaculars that are in the lap of the Gods and can be positive or negative.

The team played Dublin in a closeted, behind-doors affair last Thursday – even an outside referee was employed to avoid any info filtering out to the locals. The Dubs won by a point but little else is known. Donald Rumsfeld would have had the CIA snooping on the event.

Anyway after all the waiting what sort of team can we expect to line out on Sunday? Actually it’s probably predictable enough, unless the management opts for some major innovation. It should be a BBC full back line – Barrett, Barry and Cahill – in front of Gleeson in goal. Mooney will presumably be number two custodian. Conor O’Brien is injured, which limits options in this zone, especially if remedial work is required. Tossy Hamill could well see action here if replacements are needed.

The only issue on the half line is who partners the Maher brothers. Barry Heffernan would be well in the frame but for repeated concussions he received this year, which rule him out of contention. Kieran Bergin seems a likely candidate for wing back. Other contenders include Seamus Kennedy, who’s been doing well in training, though it would still be a major gamble to hand him a championship debut at this stage.

Brendan Maher and Michael Breen seems the obvious midfield partnership. In attack too it’s difficult to see anything spectacularly new emerging. John McGrath is fit and available so one assumes the Loughmore brothers, ‘Bonner’ Maher, ‘Bubbles’ and Callanan will all feature. Jason Forde might well complete the formation though Niall O’Meara is also in the mix as is Dan McCormack.

Recently Donagh Maher and John O’Keeffe have been added to the panel; perhaps one of them will be on the bench as cover for the defence. Stephen Cahill and Aidan McCormack are also in the hunt for a jersey on Sunday.

Anyway we await the team announcement later in the week to see how accurate perceptions have been. Actually when you start looking for a twenty-man effort the Tipp resources are stretched enough, contrary to the views of some pundits recently.

We’ll also be eagerly watching for the Cork team announcement. They’ve had issues in defence and are now without Stephen McDonnell who struggled to cope with Seamus Callanan when the Drom man was introduced in the league game back in March. I’ve no doubt they’ve been working on that defensive shield and it will hardly be a surprise if they employ a sweeper on Sunday.

However, if Kingston and company worry about containing the Tipp attack we certainly have worries about Harnedy, Horgan, Lehane and co at the other end. It’s a Cork attack with pace and serious potential to hurt Tipperary. Even during our handy win in the league back in March there were times when some of our defenders were left chasing shadows.

Interestingly these counties have met on 83 previous occasions in championship games with precious little separating them. Tipperary has 38 wins against 37 for Cork with 7 draws and an abandoned game back in 1926 when ‘there was no room to hurl’ in a crowded Athletic Grounds and the game had to be abandoned after sixteen minutes.

Of more recent vintage the counties met 11 times since the turn of the century with Tipp holding a slender 6/5 lead in the outcomes. Our most recent championship clash was in the 2014 All Ireland semi-final, which was a bad day for the Rebels.

There were interesting comments from Henry Shefflin in last Saturday’s ‘Independent’ when he lumped Galway and Tipperary together as two of a kind, two sides with plenty hurling talent but lacking the leadership necessary to get them over the line at critical junctures. “There’s quality in both teams but a look at the record book shows there’s not much beside their names over the last five years and that’s what they’ll be judged by”.

Well the judging for 2016 starts on Sunday. Forget the betting odds and forget Kieran Kingston’s spin, this is a fifty/fifty championship clash which will come down to the vagaries of the day, the Rumsfeld unknowns if you like. Cork was within seconds of an All Ireland in 2013 and is nowhere near as poor as some would have you believe. It’s a fascinating prospect but a nervous one for Tipperary, where confidence is in short supply. Good luck to them.