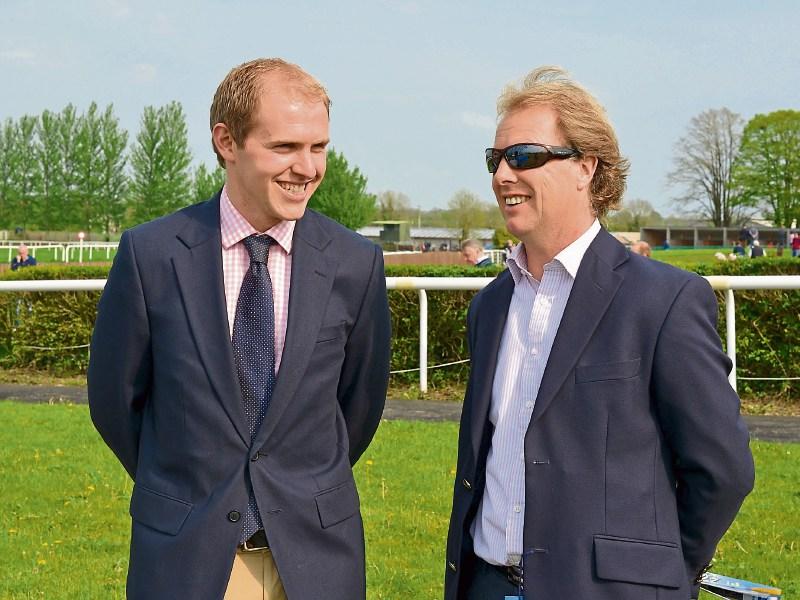 Up to €0.75 million is to be spent at Tipperary racecourse in the coming years on making further improvements to the venue which is currently celebrating its centenary.

A new presentation podium has been installed at the parade ring at Tipperary while capital grants on the way from Horse Racing Ireland (HRI) will mean an extension to the grandstand along with other improvements such as to the winner’s enclosure will be carried out “step by step,” course manager Andrew Hogan has confirmed.

The work follows the opening two years ago of a new entrance block and a new barn for stabling runners during meeintgs.

News of further improvements came as the popular track held its point-to-point meeting in glorious sunshine, coinciding with a new Centenary Gallery inside the entrance which showcases some of the stars, human and equine, who have done the business in Tipperary over the years.

Guests of honour for the celebratory occasion were Charlie Swan, who rode the brilliant Istabraq a couple of times at Tipperary during the triple-Champion Hurdle winner’s glorious career; and Mouse Morris who paraded his two Grand National winners Rogue Angel and now-retired Rule the World before being given a special presentation to mark his achievements this season.

“It’s always been very lucky for me,” multiple champion jockey Charlie Swan said. “Riding those good horses obviously makes it a lot easier. Even when I was training I trained a few winners here. It’s always a fair track and the course is always well-maintained. You never get rock-hard ground, it’s always well-watered.”

Racecourse chairman Tim Hyde said the opening of the Centenary Gallery was “a great occasion” for Tipperary and said things were going well for the racecourse. “It’s a lovely flat track, a summer track because it gets a bit wet in the wintertime. It has one of the few straight five-furlong tracks in the and it's a good jumping track as well.”

He pointed out that the venue, formerly known as Limerick Junction, was earmarked for closure back in 1999, until he led a group of concerned people, known as the Friends of Tipperary, who took out a five-year lease and along with then-incoming manager Peter Roe helped make the operation profitable before handing it back to HRI. “It’s been going well ever since. We’ve had some wonderful people here managing the track, since Peter Roe: Nessa Joyce, Jane Davis and now Andrew who really has pride in the place.”

Peter Roe, who managed from 1999 to 2010 and is now the boss at Fairyhouse, said it was “a very exciting time” for Tipperary, in the days before the media money which is now a vital source of funding for many racecourses. “Now it’s a different time and things are going well. Super Sunday started in 2011 when we put all our best races into one meeting and it’s the highlight. It takes on the Arc [in Paris] but gets a great local response.”

Andrew Hogan said after the evening event that it was “a fantastic meeting” We had a fantastic to launch the track's 100th racing season.

“The Centenary Gallery was very popular, it’s easy to forget some of the great names that have raced here at Tipperary in the past and it’s nice to have this visual celebration of our past. We’ll continue to celebrate throughout the season with eight meetings featuring six Graded races and three Listed races still to come.”