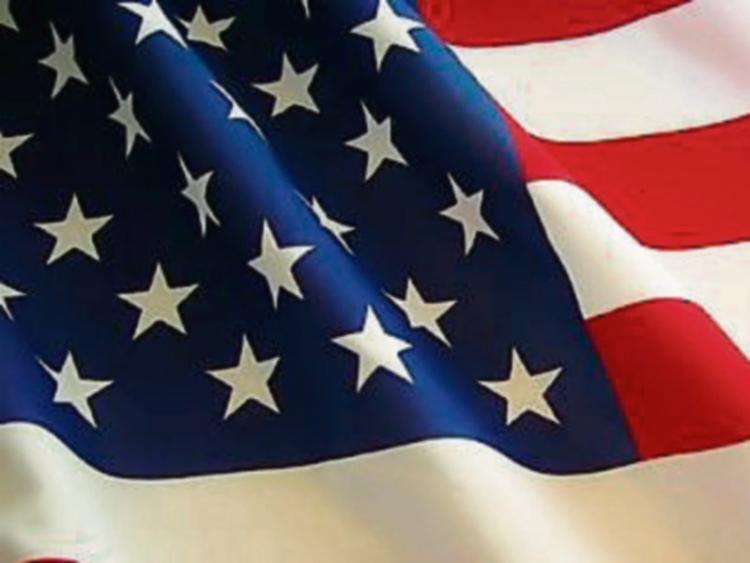 Five councillors and a Co. Council official jetted out to Washington DC yesterday (Tuesday) to attend a 1916 Rising Commemoration and promote Co. Tipperary tourism under a cloud of criticism about the delegation's size and the spending of Council funds on the trip.

They are attending the ceremony at the invitation of Congressmen Brendan Boyle and Mick Mulvaney sent via Senator Mark Daly, who sent out an open invitation to all councillors around the country.

The delegation has staunchly defended the decision to send them on this trip, which they insist is not a "junket".

They argue the Council's spending of an estimated €5000 on their flights is money well spent as they will be working hard throughout their stay attending an intensive schedule of meetings with US tourist industry representatives, the Irish Ambassador Anne Anderson from Clonmel, other congressmen and US National Parks Service representatives with responsibility for tourism.

Cllr Hanafin said last week the Council launched its first all-county tourism strategy to promote Tipperary as a top inland tourist destination and this was a unique opportunity to go and promote the county's tourism attractions and "fly the flag for Tipperary".

"It's very easy to stay at home and avoid all the criticism but if we are serious about promoting our county we should go. We are doing only what other counties are doing," he said.

But Sinn Fein Cllr David Dunne, whose party colleague Cllr Carey is a member of the delegation, and Workers & Unemployment Action Group Cllr Pat English have taken issue with the size of the delegation sent to the US.

Both councillors said the Council should have only sent two or three delegates, including the Chairman, And Cllr Dunne said the councillors travelling should have paid for their own flights.

Cllr English said he will raise the money spent on this trip at the Council's Estimates meeting later this year. "We are crying out for housing. There is a crisis. I know in the overall picture this isn't serious money but it should go towards something else.“ Continued on Page 3.

Cllr Dunne said it was very hard to justify spending tax payers money on something like this when councillors were daily looking for money for services and infrastructure but were told by the Council it wasn't available. He had received negative feedback about the trip from a number of constituents.

"We are just coming out of a recession and it's still raw with people. I am dealing with people whose homes are being repossessed; there is a housing shortage and there are boarded up houses, which the Council has to apply for extra funding to renovate."

He also criticised the Council for making its decisions on the trip in private rather than at a public meeting of the Council where it could be reported on by the media. He said the delegation was selected at the end of a housing workshop at which the issue of homelessness was discussed after the Council's public monthly meeting on Monday, May 9. He was in the dark as to who decided the Council should fund the councillors flights.

He said the flights were being paid out of a Council budget for travel abroad that hadn't been used in the past two years.

The Council, in a statement, said an event such as this on U.S Capitol grounds only happens three or four times a century and it was seen by the Council as a unique opportunity for the Council to develop further links with relevant representatives from a tourism and cultural perspective with a view to further promoting what Tipperary has to offer.

In relation to criticisms about the number on the delegation Cllr Hanafin said the cost of the trip was the same as if the Council sent two councillors with all their travel, accommodation and other expenses. It was decided to send five delegation with just flight costs covered to have a cross-party representation.

Meanwhile, Cllr Carey agreed her party was against the spending of Council funds on "junkets", but this trip was not a "junket", it was just a flight expense covered. She was paying the remaining costs and would be working hard in Washington promoting the county. She said the full Council approved the trip and delegation with no dissenting voices.

Cllr Carey said she was delighted and honoured to be representing the Co. Council at the Washington commemoration and would be happy to speak to the media on her return home about the work she had done selling Tipperary tourism.

Cllr Kieran Bourke said he jumped at the chance to represent the Council in Washington and would be promoting his hometown of Carrick-on-Suir as well as Co. Tipperary over there. He was bringing gift packs containing information on tourist attractions in the Carrick-on-Suir area such as Ormond Castle and boating on the River Suir to hand out to tourism operators they met. He believed it was right the Co. Council was paying their flight costs as they were ambassadors representing the county. And he pointed out it was an expensive trip for councillors as the hotel accommodation cost nearly €900 and the internal travel costs were also expensive. He pointed out that he ran at constituency office in Carrick-on-Suir out of his own funds and the rate bill alone cost €920.

Cllr Marie Murphy said the Council needed to get out and promote the new Co. Tipperary Tourism Strategy and this was an opportunity to do so as this county had fabulous scenery and attractions. She viewed it as money well spent by the Council. In relation to the delegation's size, she said if you were going to promote the county and its tourism, you had to do it properly.

Cllr Imelda Goldsboro argued that erecting large billboards advertising the Tipperary tourism in four towns in the county cost about the same amount as sending the Council delegation to Washington. She believed the latter will be much more effective in bringing US tourists to this county. As well as spreading the word about Tipperary tourism, the Ballingarry councillor, who spent 10 years living in the US, will be meeting with Congressman Richard O'Neill about the campaign to help the 50,000 undocumented Irish immigrants in the US. She said there were many Tipperary born emigrants living as illegals in the States and they had no voice.