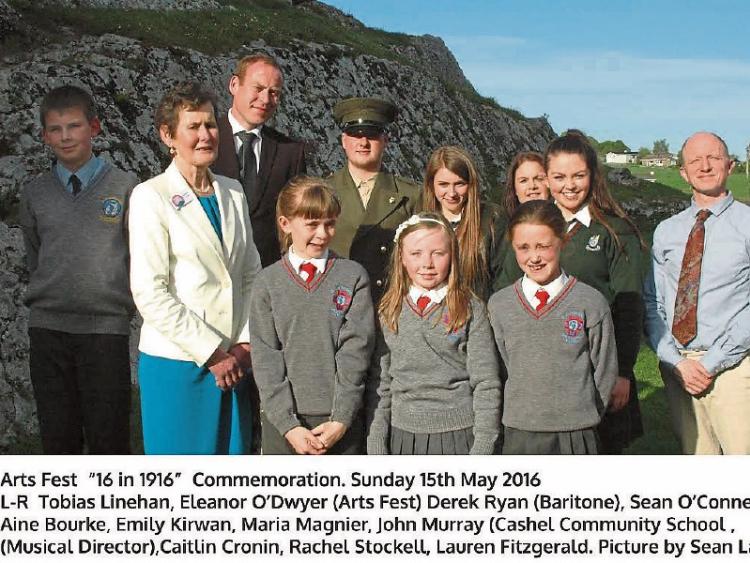 The Cashel 16 in 1916 Commemoration which was held in the Parish Church on Sunday 15th May. This was a Tipperary Co. Council Funded event from the Cashel Arts Fest in conjunction with the Cashel Community School and the Boys and Girls of St. John The Baptist Primary Schools. Derek Ryan was the featured solo singer. The event looked at what it was like to be 16 in 1916, with readings from local historian Tom Wood, who talked about life in Cashel in 1916, Pierse McCan who gave a talk on his gran-uncle Pierse McCan, and Oliver Corbett who looked at the shooting by sniper fire of Neville Fryday, a Tipperary teenager who had enlisted in the Canadian army in his adopted hone of Toronto, in a case of mistaken identity and being in the wrong place at the wrong time he was the first military casualty of the Rising in Dublin. The 2 hour performance concluded with a procession to the Rock of Cashel. where Derek Ryan led the assembly in a rousing rendition of Sliabh na mBan.