It's one step at a time for Tipp Captain Brendan Maher

'There is urgency at the start of each campaign, but it's one game at a time' 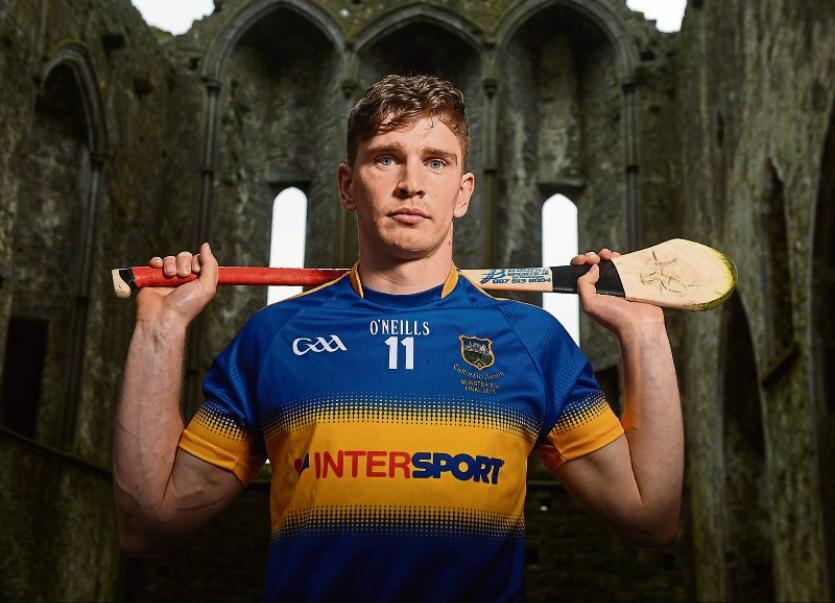 But, they have also failed to win six other finals, of which Brendan played a part in four, including the drawn game and replay against Kilkenny in 2014.

Still though, Bendan has what many Tipperary hurlers would dearly love to have - an All-Ireland senior hurling medal from 2010, a cherished prize from one of Tipperary's most memorable victories from a highly emotional afternoon in Croke Park. The victory prevented Kilkenny's so-called 'Drive for Five' and all and sundry felt that The Premier County were ready to take up the mantle as chief bottle washers in the country.

Instead, Tipperary has been consigned to being chief challengers to the aforementioned Cats having contested five All-Irelands since 2009.

Brendan goes into his third year as captain of the side for the championship when Tipperary face Cork in Semple Stadium on Sunday. And, he knows better than most, that games with The Rebels are never straight forward. Despite all the talk of Tipperary's certainty to win, he is remaining grounded in the face of the relative hype.

"Tipp/Cork games can take on a life of their own. They will always be ding-dong battles and you have to be on your game any time you play them. Things are going well at the moment and we are really looking forward to the game. We had a long break from the Clare game in the league and that gave us plenty of time to focus on the things we needed to focus on. We had a lot of club games and we have tried to tick as many boxes as possible in the last few weeks," he told The Tipperary Star this week.

Brendan himself had a hamstring scare and missed his last club outing for Borris-Ileigh against Roscrea. But, the injury responded to treatment and he is breathing much easier this week, than last. "It feels good now. I never had a hamstring injury before and I was not sure how long it would take, but everything has gone well thankfully," he says.

While having the hamstring to worry about might not be the best preparation for the game, Brendan, who admits to really focusing all of his energy on the championship three weeks out from the first game, is happy that Tipperary, and him personally, are in a good place right now. "Three weeks out from the championship game is when I realy start to prepare mentally. All of the lads are different in that regard but I find that it just kicks into gear then. You cannot allow it to consume you either though because that can drain your energy. You have to learn to deal with it positively," he says.

Being back in the engineroom of the Tipp team, Brendan is happy. He was asked to do a particular job over the last few seasons by the then management team and was prepared to do that. However, he enjoys his role at midfield and has formed an effective partnership with Michael Breen - it was from this position that he won the All-Ireland in 2010 when he bagged two points from play against Kilkenny.

The former Young Hurler of the Year (2010) is a double All Star winner for the midfield and half back positions and has also captained Munster to Railway Cup glory in 2013 - the first ever from Borris-Ileigh to do so despite a long and distinguished line of stars to emerge from the club, including Tipperary All-Ireland winning captains, Bobby Ryan, Sean Kenny and Jimmy Finn - how Brendan, and Tipperary folks, would love to see him emulate those men.

Sunday next will be Brendans 32nd appearance for Tipperary in championship hurling - just seven short of the great Jimmy Doyle's 39. But, medals have not flowed as easily for Brendan as they did for Jimmy, and he is becoming more and more aware that time is moving on now.

"There is always an urgency at the start of a championship campaign and of course you would love to win another medal. But, at the same time we are just taking it one game at a time, starting with Cork on Sunday. There would be a long term goal in sight - of course there would - and I suppose you would be conscious that things are moving on, but you must focus on each game and each step," he says.

Tipp's first step begins on Sunday - let's hope the journey will end in September with Brendan taking those famous steps up to the Ard Comhairle section of the Hogan Stand.