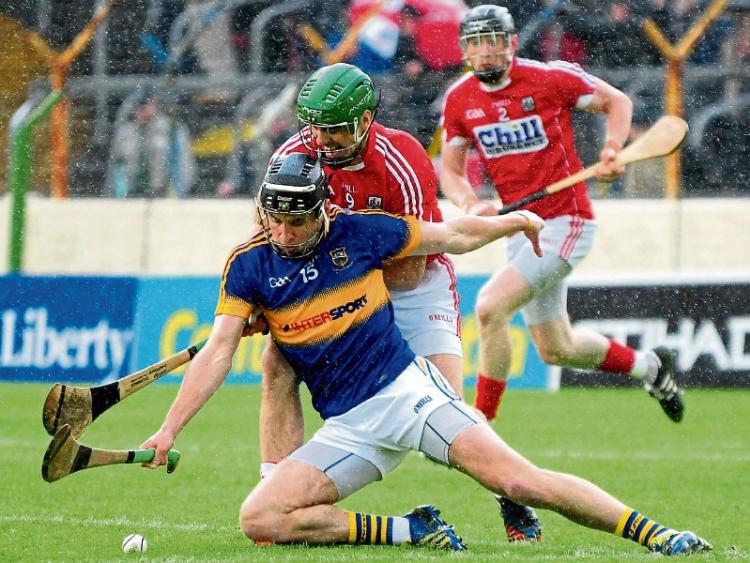 Manager Michael Ryan was in no doubt about the value of Tipperary's victory over Cork in Sunday's Munster Senior Hurling Championship quarter-final.

"It wasn’t perfect but it was damn good", he said after his team beat Cork by 9 points in a one-sided encounter in the rain at Semple Stadium.

Before settling into the hot seat the new manager had served as a selector for six of the past eight years, and there was a suggestion that instead of this preference for continuity the team could have benefitted from a fresh voice about the place.

However the Upperchurch man immediately put his own stamp on the side and reaped the rewards of naming four championship debutants in his starting fifteen for his first championship game in charge last weekend.

"The real success for us today was that we were allowed to use a few new players, which we did at the start, and bring on four players (as substitutes), which is important".

When asked that else had he got from the game other than the victory he replied "well, we only came for the win. We are delighted with that. Clearly it (the game) wasn’t one for the ages and I think Mother Nature played a significant part in that.

Despite the best efforts of both teams it was very difficult to play out there. The rain when it started became quite incessant and there was a significant enough breeze down the pitch.

I think that’s what probably gave us a little bit of a cushion at half time, and we fully expected an onslaught in the second half and we’d like to think we were prepared for that. It wasn’t at all pretty but it was functional as far as we were concerned".

When it was put to him that his team had seen out a game in which they were on top he said "that’s a bit unusual, is it, these days? This is championship, winner takes all, winner goes forward and that’s what we came here to do today, to earn the right to go forward to the semi-final.

We’re delighted with that, it’s important for this bunch. We’ve a very committed, honest, hardworking bunch in there. Each of them fighting for their dear lives to get some time on the pitch, or stay on the pitch as the case may be. It was very healthy for the bunch today and we’ve quite a few injuries, fellows who will be back in the next week or two to compete again for (places) for the Limerick game".

He said that some of their point-taking was great but there were "some areas of the match that I certainly wasn’t happy with. We hit some long ball that was poorly directed, it seemed to be hit right into the space where we had no threat and it was coming back up to us just as quick,

We have loads to work on, but conditions were difficult for both teams.

The defensive display was pretty solid but it was a very difficult day for forwards to operate, even a slow back like myself could survive on a day like that! It was easier for the backs today and it just made your use of the ball far more important, you just had to be careful with what you did.

By and large we would be quite satisfied, we were okay for long periods but not all the time".

When asked if he was satisfied with the way his players responded to the threat of a Cork ambush he said "yeah, we knew Cork had us in their crosshairs for a very long time and to be forewarned is to be forearmed so we were ready. I was expecting a really, really good game here today. I honestly believed the elements played a significant part in not allowing that to happen,

The quality in that Cork team is undeniable but they just didn’t get the opportunities to express themselves as they normally would. We were very, very wary of what we were going to face here today and we knew we had to be right on our guard from the off, and thankfullly I think by and large we were".

Turning his attentions to the semi-final in Thurles on June 19 he says he's expecting "a Titantic struggle. Limerick coming to Thurles will hold no fears whatsoever. The last two times they have come to Thurles they have beaten us in what were great games, and we have a lot of respect for that Limerick team that is coming down here to play us.

A game under our belts is going to be beneficial for sure, it will stand to our fellows but it will need to. Tipp and Limerick produce a very passionate game when they meet and I’m expecting this day four weeks to be no different.

We’re never too concerned about external comment, really and truly. We’re far more concerned about how happy we are with the level of work and the level of progress that’s taking place within the squad, and there’s no denying a win in the Munster championship is essential.

We didn’t want to be in a situation where we were going to have to wait for the draw and wait for the qualifiers. It’s not part of the plan, the plan for us is just to try to keep winning match by match and get the most we can out of this Munster championship, including competing in the final and winning the final".

We thought we trained very well, we thought we were ready to go with a performance. We thought the lads bought into what we were trying to do but it just didn’t work on the day.

We just have to go back to the drawing board and see if there was something we were doing wrong, something we need to change. And new players to bring in and maybe freshen it up again a bit more".

The way we played today we’d be struggling to beat anyone, so the first round of the qualifiers will be a big game for us.

It’s disappointing not to play well and the lads will be the first to admit that that wasn’t good enough for Cork hurling. We’ve to take that on the chin as well and look at other players to bring in, try and re-jig the players or bring other players in.

We’ll just have to build again".