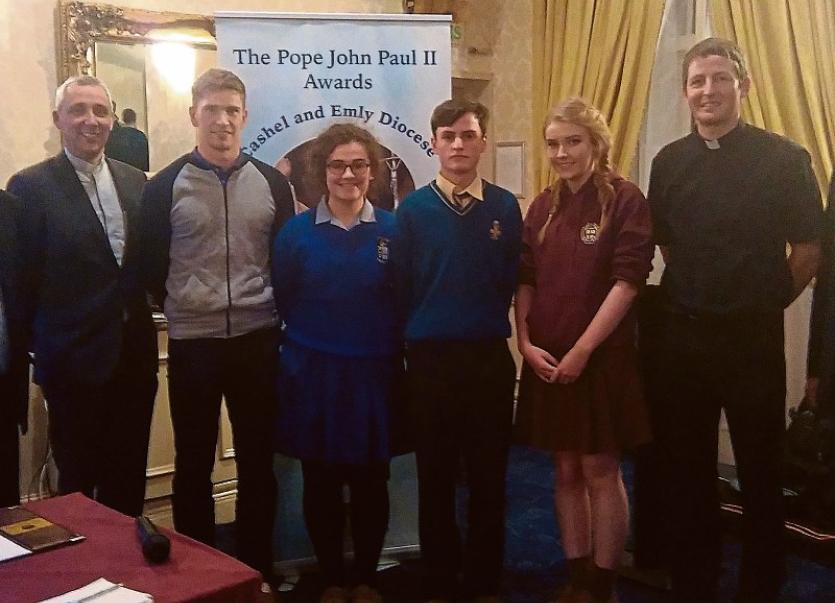 A new award which aims to recognise and encourage community involvement was launched at the Anner Hotel last week for students in the Cashel/ Emly Diocese.

The main aim of the award is to recognise the positive work of young people in an area and it is open to students in full time education who have completed the junior cert or anyone aged between 16 and 18 who is not in post-primary education. To date over 50 students from Thurles CBS have already pledged their commitment to the new initiative. The award follows a similar structure to the well known Gaisce award with students volunteering for a specified numbers of hours per week . Students can earn four awards: The Papal Cross, Gold, Silver and Bronze; which are earned by taking part in activities through parish involvement in addition to a final 1,500 word presentation.

Types of involvement include fundraising, visiting Nursing homes, volunteering at charity shops, coaching in local sporting, reading at Mass, joining the Choir or Folk group and helping to run the parish website or newsletter. Students can also earn award top-ups given in recognition of extra activities such as taking part in humanitarian trips, Diocesan Youth Activities and parish Pilgrimages.

To enrol in the award download a form from www.thepopejohnpauliiaward.com. All completed forms should be returned to Award Leaders in school or in the parish. An enrolment fee of €15 for the award is payable to the Award Leader.