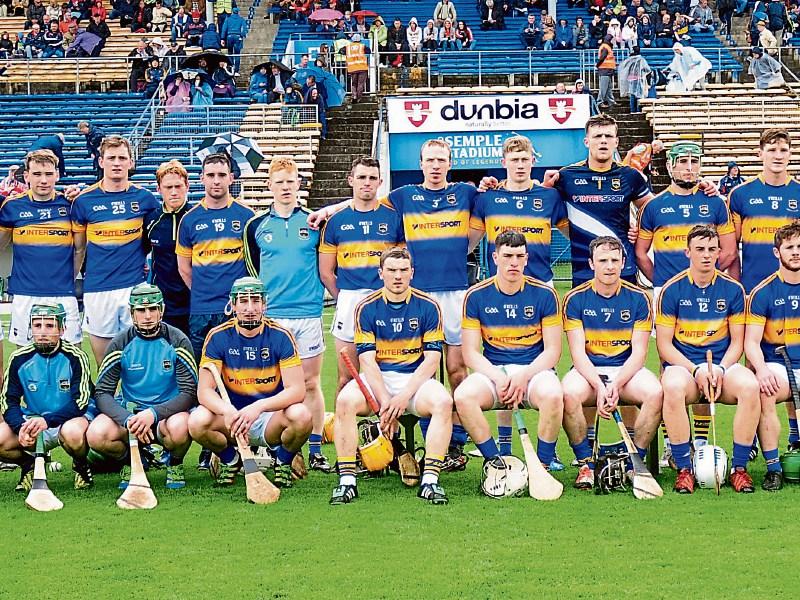 As it turned out, the enemy within had been slayed.

We in Tipperary perhaps felt less confident than we should have been, going into Sunday's Munster quarter final tie in Semple Stadium. Cork are Cork; they love coming to Thurles; they are never more dangerous than when they are quiet - all the cliches were thrown out and all pointed to a lack of faith in the squad. Now, that faith has not exactly been misplaced in the past, but on this occasion, the players were ready, willing and able to meet the Rebels head-on, take everything they had to throw at them ( which wasn't much actually), and progress to the semi-final.

Cork had a terrible league campaign, but still we, in Tipperary, had our fears - 'we have tasted and tested too much', as Kavanagh put it. We knew enough about Cork to know that they could well turn Tipperary over. Problem was, we didn't know enough about Tipp - where they were at mentally? how would they line-up? And, when the team was announced, the fears were only compounded.

But, Sundays display will restore a lot of faith, eventhough there is still much to build on. Tipp were ready for Cork, were up for the fight and didn't shy back from the handbags either when the Rebels tried to deploy them to rough things up a little. Mentally, Tipp were tuned in and even the inclement conditions didn't thrown them out of stride.

The work in training on combatting sweepers, double-markers - call them what you like - had paid off and time and again, we saw players looking up before lorrying ball up-field - the Maher brothers and Michael Cahill were particularly noticable in this regard. Tipp dominated midfield too - Brendan Maher played a captains part with a quality performance and in attack, Bubbles, Seamie Callanan and John McGrath were very effective.

Cork just didn't seem to get it. By playing an extra man back they were leaving a Tipp defender free all day long. And, Tipp benefitted far more than Cork did - imagine only five points from a Cork team in 35 minutes of hurling - they only bettered that by 3 in the second half with the wind behind them.

Goals are becoming as rare as hens teeth in hurling these days and given than Cork have conceded so many against Tipp in recent outings, they were intent on ensuring that there would be no green flags. But, Tipp have men to pick off points and the quality of scores from Callanan, Noel McGrath, Bubbles and that beauty from John McGrath perhaps proves the futility of trying to employ sweepers on the edge of the square.

Tipp will face a different type of challenge against Limerick. It will be far more intense; far more suffocating; and will really test the players. Limerick have a good record too against Tipp, but .....here we go again. Doubting. Perhaps, we should just be saying that with a game under the belt, Tipp will hold a distinct advantage while also playing at home. Perhaps we should just be illustrating how we are going to win the game, rather than how we could lose it. Perhaps, it is time to start having belief in the squad. Or is it too soon yet!!!

The intermediates had a fine win over Cork with senior panelist Aidan McCormack bagging 0-14 of the total - full forward Mark Russell got 2-0. Tipp played very fluently and it was obvious that a lot of work had been done with them in advance. The game will be of major benefit to the players when they come to challenge the semi-final, and also for those still eligible for u-21. In that sense, the formation of the team and the plan to use the grade as a developmental one, is working, and is wise.

Tipp make the trip south to Dungarvan on Sunday for the junior and senior Munster football quarter final ties - a big test of both sides. Home advantage is a big thing for Waterford and given the number of players Tipp will be without, securing a win would indeed be a big boost. Having held the sway over The Deise in recent times, Tipp will be looking to build on their decent league run and make it to the provincial semi-final to face Cork.

The divisional hurling championships kick off this weekend with a host of games down for decision. This is last chance saloon for many clubs and should feature a lot of edge as a result. There are attractive games in all divisions - well worth getting to.

News of the passing of former GAA President Joe McDonagh hot on the heels of Jack Boothman occasioned great sadness in the Association and throughout the land. They were very different style Presidents and both left their mark in different ways. At 62 years of age Joe McDonagh's demise after a short illness, is a great loss to his family and the GAA family also. Charismatic, engaging, full of energy, a gaeilgeoir and GAA man to the backbone, he held a special place in the hearts of Gaels, having had the distinction of winning an All-Ireland senior hurling medal with Galway in 1980 and belting out The West Awake from the steps of the Hogan Stand. One of natures gentlemen, he will be sadly missed.