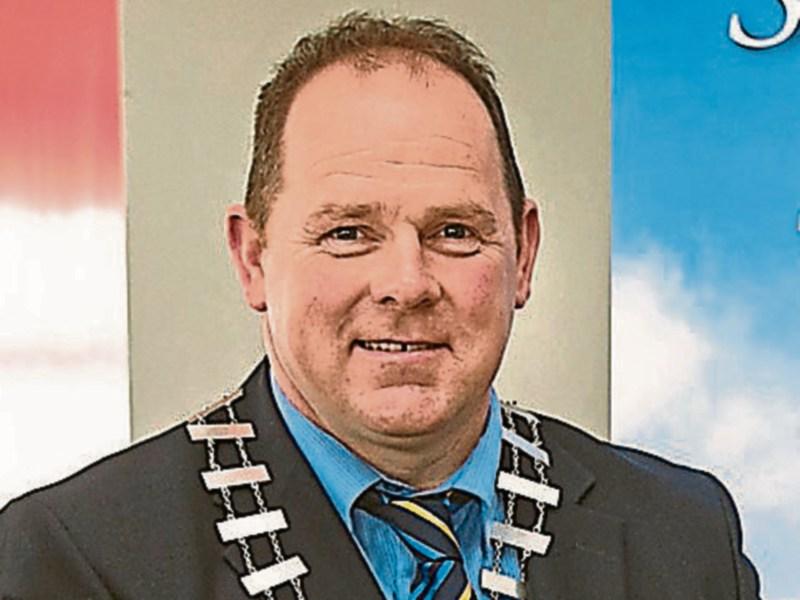 An employee of Suir Pharma, who's also a County Councillor, has hit out at what he claims was "the total lack of human decency" involved in the appointment of a provisional liquidator to the Clonmel pharmaceutical plant last week, which has led to its closure and the loss of 134 jobs.

Cllr. Andy Moloney has also stated that the deployment of five or six security staff on the gate of the plant on the day that the news broke was uncalled for.

The workers had been told only five days previously that the company was trading as normal.

It was upsetting that the company, who had taken over the plant last June, could now walk away from the situation and leave the workers with only statutory redundancy. Action needed to be taken immediately to stop this from happening in any other company.

Cllr. Moloney, who worked for Suir Pharma for 13 years, said there were couples working there, as well as people with young children and mortgages.

Speaking at a meeting of Clonmel Borough District Council the day after the appointment of a liquidator to the company in the High Court, he said it was a very abrupt closure, although it had since emerged that the IDA had been aware of issues there.

Over the last number of years the workers had given concessions above and beyond the call of duty, including working hours free gratis.

Cllr. Moloney didn't believe the liquidators understood how hard it was to close down a pharmaceutical company. He hoped that a new buyer could be found for the plant.

The other council members offered their sympathy to Cllr. Moloney and the other employees on the loss of their jobs.

District Mayor Pat English said he was totally shocked and appalled at the news.

He described the manner of the closure as "nothing short of a disgrace" and it was a terrible way to treat any worker. It was upsetting that the employees would only receive statutory redundancy.

Cllr. English said he was deeply saddened for the workers - who had given loyal service to the company over 43 years - and their families. He knew a number of those workers and they had given serious concessions to the company when it was taken over last June, which they understood would secure the company's future.

It was nothing short of a disgrace for them to be called into a meeting, told their jobs were gone and to clean out their lockers immediately, while the workers on the night shift were told not to report for duty.

He called on County CEO Joe McGrath to ensure that a co-ordinated response to the closure was put in place, which would ensure that the workers were upskilled.

He also requested that a deputation would be sent to the Minister for Jobs, Enterprise and Innovation, Mary Mitchell O'Connor, and the IDA to secure a replacement industry that would re-employ as many of the employees as possible.

Cllr. Martin Lonergan said that the facility had been synonymous with the town for the past 43 years and had been known as a great employer. His thoughts were with the employees and their families and the manner in which they heard of the closure was a source of sadness.

He encouraged the state agencies and the County Council to get together. With a cross-agency and national approach hopefully a replacement industry could be found.

Cllr. Siobhán Ambrose expressed her sadness at the closure of a company that had been opened by a Clonmel person at the Gas House Bridge 43 years ago.

She sympathised with the employees and their families. It was a big blow to the town because 99% of the employees were from Clonmel and the company had given the town centre and local businesses a huge boost.

She said the County Manager had given assurances that an inter-agency group, which had met when the Ranbaxy plant in Cashel closed, would be meeting again, while Deputy Jackie Cahill had raised the closure in the Dáil.

Cllr. Richie Molloy said the Dail would have to legislate to ensure that companies wouldn't be allowed to get away with closing plants in this manner.

The present owners were there twelve months and they were let down tools and walk away, and it seemed crazy that this should be allowed.

It was a very poor state of affairs when you heard that the workers would only receive statutory redundancy. People should at least have been given a couple of weeks notice and it was a terrible way to do business.

Cllr. Molloy said that people with families, mortgages and car loans had been let go with the stroke of a pen.

Cllr. Michael Murphy described the closure as "an absolute tragedy for the employees and a huge blow to Clonmel and its economic future".

His thoughts were with the employees, many of whom were friends and whose jobs were ended so abruptly.

The company had pointed to a a downturn in sales as a reason for the closure, but there was no excuse for the abruptness with which the liquidator had arrived in town and terminated the jobs of people who had made so many sacrifices to keep this company afloat.

It was important that all of the supports of the state were made available to the employees and it was also important that a deputation should go to the Minister. The IDA should get their hands on the site and work to attract a new tenant for the plant.

Cllr. Micheal Anglim said the closure had been handled very badly by the company. It was a disgrace the way the workers had been told to pack their bags, it's finished today.

He said the council, TDs and government had to bring the various bodies together to see if a replacement industry could be found.

The council's Director of Services Sinead Carr said it was a very anxious and devastating time for the employees.She knew there had been issues with the company and the IDA was working closely with the owners behind the scenes but the suddenness of the closure had still come as a shock.

County CEO Joe McGrath had met with the minister and the IDA that afternoon to discuss the closures of Suir Pharma and Ranbaxy.

An inter-agency meeting in Tipperary would also be held and Mr. McGrath also hoped to meet the Borough District members.

The council would support the workers as much as possible. It would link them with other employment opportunities as well as making them aware of their social welfare entitlements and upskilling opportunities.

Other companies were recruiting and they had to make sure the employees' skill sets were aligned with those opportunities.

However Ms Carr also stated that a replacement industry wouldn't happen overnight.The sale of the company as a going concern had also been advertised.