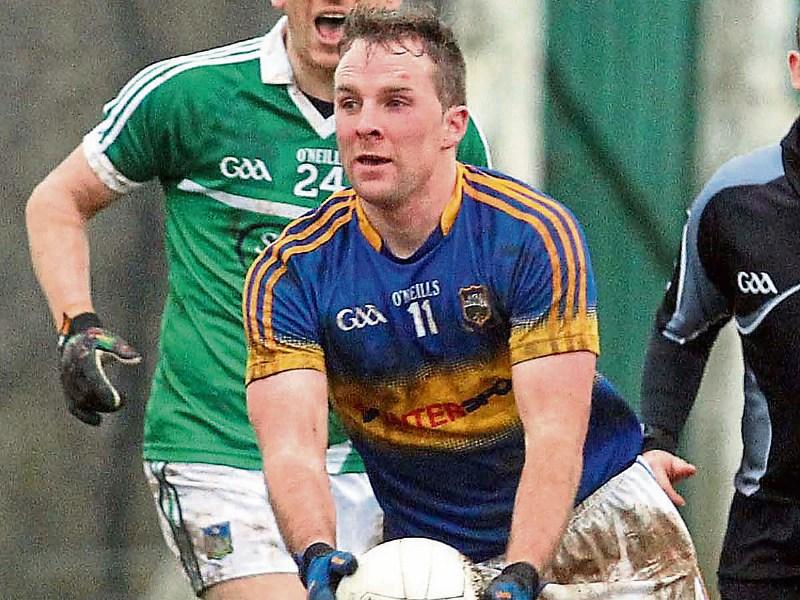 Tipperary senior footballers are through to the semi-final of the Munster Senior Football Championship following their 1-15 to 1-7 win over Waterford at Fraher Field, Dungarvan, on Sunday last.

After a slow start in which they trailed by 0-3 to 0-0 after seven minutes Tipp eventually found their feet and by half-time led 0-8 to 0-6, thanks in the main to three points from midfielder George Hannigan and a brace of points from full-forward Michael Quinlivan.

The Premier County, captained by Peter Acheson (pictured) had it very much their own way after the break and they stretched the lead to five points before Waterford conceded an unlucky ‘own goal' 12 minutes after the restart. A ball played into the area by Kevin O'Halloran was fisted off the crossbar by Michael Quinlivan before it richocheted off an unlucky Waterford defender to the net.

Waterford's best attacker Paul Whyte did get a goal back for his side 12 minutes from time but it failed to ignite a late Decies comeback. Liam Kearns' Tipp side saw out the final minutes of the game comfortably and the manager also had the opportunity to give welcome game time to some of his panel.

Next up for Tipp is a semi-final clash with Cork at Semple Stadium on Sunday week where a great improvement will be needed if Tipp are to pull off a huge shock.

In the curtain raiser between the same counties at junior level, Tipperary advance by a single point after extra-time. At full-time the sides were level at 0-11 apiece but after two 10-minute halves of extra-time Tipp eventually shaded it 0-16 to 0-15.

The juniors, managed by Tommy Toomey, will now play Cork in a provincial semi-final also on Sunday, 12th June.