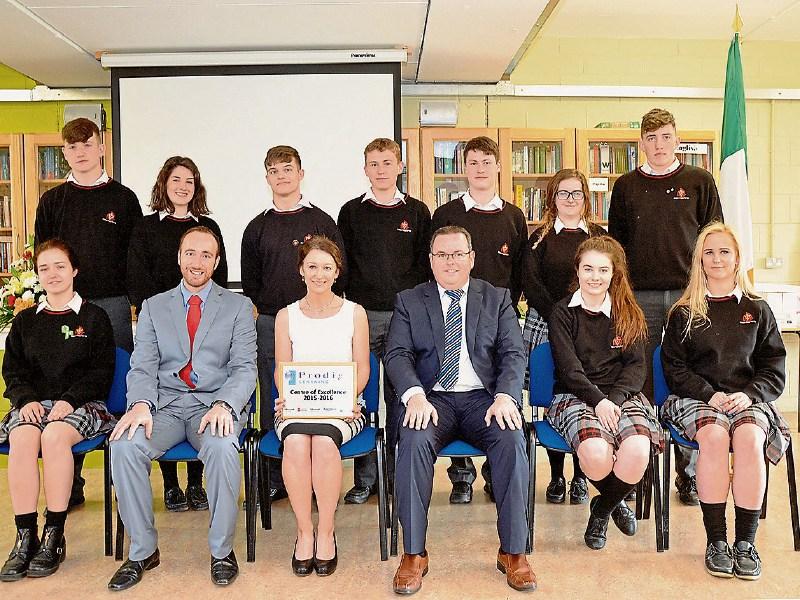 Students and staff at Colaiste Phobal Ros Cré were in high spirits last week after they were recognised for their digital proficiency at an awards ceremony delivered on behalf of Microsoft.

Transition year students completed over 250 Microsoft Office certified exams to earn a Centre of Excellence Award for the school.

“Following completion of the MOS programme, our students have developed lifelong, transferable skills that will be vital to them in third level and in the workforce,” said Principal Michael O' Connor.

The Microsoft Office Certification Programme is the only official qualification in Microsoft Office and gives students the chance to learn lifelong computer skills including excel, word and powerpoint as well as how to compile and present reports.

Colaiste Phobal is also only the second school to have achieved this award in Tipperary which Principal O'Connor attributes as a “commendation” to the students.

"This is a credit to our students, who worked so hard all year round and to the teachers for guiding them through the programme,” he said

The programme was first rolled out in the school last year with students far exceeding the normal completion rate of exams in the year resulting in the schools Centre of Excellence Award. Additionally while the programme is generally aimed at senior classes many of the students in junior years at the school are already taking part in the Microsoft Office Programme.

“We had to complete reports and do class presentations which will be a huge help to us at college. The course helped our I.T. skills as well as public speaking,” said fifth year student Sinead Ryan.