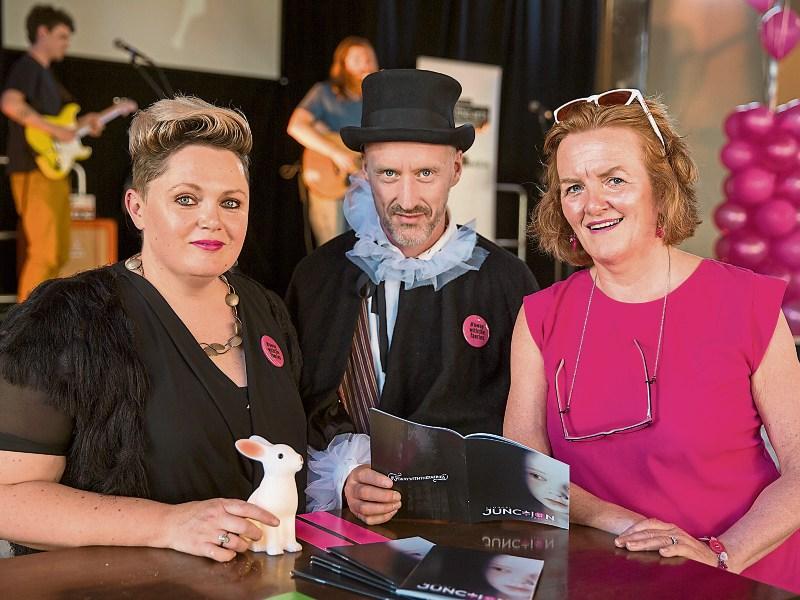 Lisa Hannigan, Panti Bliss, Neil Delamere, The Unthanks and the Apres Match team are included among the line-up for the Junction Festival, the annual music, theatre and arts extravaganza, which takes place in Clonmel from July 4-10.

With over 100 events taking place during the week in more than 30 venues it really has something for everyone, according to festival chairperson Aisling Kilroy.

And with new festival director Mary Hickson at the helm for the first time, Junction is about to enter a new phase.

Tickets for all events are now on sale online at www.junctionfestival.com and from Monday, June 27 tickets will also be on sale from the Junction office in Parnell Street.

This year the festival even goes underground for a Japanese food feast and intimate concerts in the Mitchelstown Cave.

The Bulmers Free Music Trail will see a host of different acts visiting Clonmel, from Cian Nugent to the Young Folk and Kaara to Karen Underwood and performing soul, folk, funk and trad sounds during the festival.

There’s exquisite food and intrigue at the Murder Mystery Night while the pop-up Eat Me, Drink Me Cafe serves eat me cakes and drink me potions.

Award-winning Japanese chef Takashi Miyazaki will celebrate the festival of Tanabata with a fine dining experience in Mitchelstown Cave.

The festival will also embrace the story of Bridget Cleary, the last witch burned In Ireland in 1895, after her husband Michael and family members suspected her of being possessed by a fairy.

To mark the opening of the event artist Yvonne McGuinness will work with the local community to devise a performance piece in celebration of Bridget Cleary. She makes immersive work, which is collaborative and generally temporary and is often a catalyst to generate other narratives for its participants.

Bridget Cleary is also the inspiration for Salon: The Witching Hour, which will be held at the Main Guard on July 10. This is a conversation exploring the pull of the Otherworld; in Celtic mythology, the Otherworld is the realm of the dead and the home of the deities and other powerful spirits.

Angela Bourke, author of ‘The Burning of Bridget Cleary: A True Story’; visual artist Alice Maher and Manchán Magan will be in conversation about the role of folklore and superstition in Irish tradition.

To bring the festivities to a close a Witches and Fairies Rave hosted by the Lords of Strut will be held in a secret location for 30 minutes.

"I passionately believe that the arts are fundamental to our humanity", festival chairperson stated at last week's launch at the former Scots Church in Anglesea Street.

"They ennoble and inspire us – fostering creativity, goodness and beauty. The arts help us express our values, build bridges between cultures and bring us together regardless of ethnicity, religion or age.

To take time out of our busy daily lives and engage with creative endeavours is hugely fulfilling and enriching".

She said it wouldn't be possible to put on Clonmel Junction Festival without support, both financial and in kind, from a wide range of organisations and individuals, as she extended thanks to the main festival partners and sponsors.