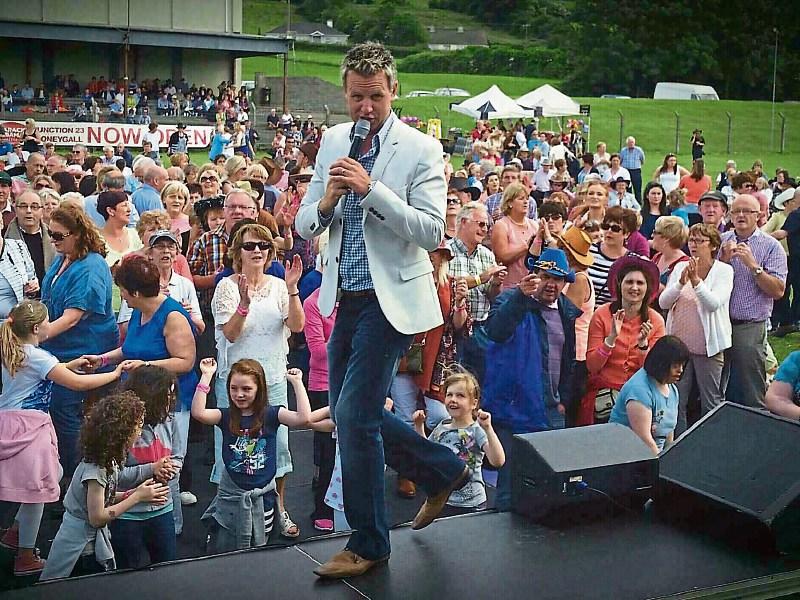 The Obama Country Fest returns to Moneygall for its second year on July 3rd, and just like last year's debut on the country calender, the 2016 show seems certain to become a day which will live long in the memory.

President Obama himself may be in the final months of his second term of office over on Pennsylvania Avenue in Washington, but the country music festival named in his honour here in Ireland is a long way off seeing the end of its term! And if this year's impressive bill is anything to go by, then it looks set to feature as a part of the summer music circuit for many years to come.

The open-air concert, which will take place at the Moneygall GAA grounds, features a stellar line-up of many of the most famous names in Irish country music, as well as some of the most talented artists who are somewhat newer to the scene. Among those returning to the stage in the ancestral home of the 44th President of the United States this year are; the 'Galway Boy' himself, Mike Denver; one of country music's most natural entertainers, the man from Drumlish, Declan Nerney; the lady from Laois, Trudi Lalor; and ex-US Army serviceman, Louisiana native Robert Mizzell.

Among the artists making their first appearance at the Obama Country Fest on July 3rd is one of the stand-out performers from this year's TG4 series Glor Tire, Olivia Douglas. Speaking ahead of this week's official launch, Olivia declared, "I'm just so thrilled to be a part of this year's show, and to be honest, I really can't wait for the day to come around." The young Ferbane woman continued, "There's such an amazing bill that I think I'll be there as much as a fan, as I will be to sing! [laughs]. But I think that just proves how good a day it's going to be, if it can get someone feeling like that. I know last year's show was talked about for months afterwards, and people were planning on going back this year from nearly before the stage was even taken down last year! So it's great that we're now less than a week away from that stage going back up again! The excitement is starting to build and I can't wait to finally be up there and having a chance to sing for everybody in Moneygall!"

Another artist taking to the Obama Fest stage for the first time this year will be Pete Kennedy. The Clareen man has spent most of his time in Nashville over the past few years, with his music finding fans not only in the United States, but also in countries like Germany, Japan, France, and of course the UK, where Pete achieved the huge honour of winning the British Country Music Association's UK Album of the Year not just once, but twice! This year, however, Pete has been putting more focus on performing here at home in Ireland, and like Olivia, playing at the Obama Country Fest is something he's been looking forward to.

"I remember hearing about it last year, and thinking what a brilliant idea it was", remarked the singer/songwriter. "And then I saw some of the photos and video from the day, and I spoke to some people who had been involved, and everything about it that I saw and heard just added up to the Obama Country Fest being a class event, enjoyed by everyone, and organised in the most professional of ways. So I was more than happy to say yes when I was approached to play this year. It didn't take long to sort out! [laughs]. What I love about it, though, is that it's not just set up to be a concert. The music may be at the centre of things, so to speak, and the names on the bill speak for themselves as far as talent goes, there's no question of that. But really, this is a day for all the family to enjoy. No-one is forgotten about, and I think that's a credit to everyone involved. I know I'll have my own family there on July 3rd, and they're looking forward to it every bit as much as me!"

The Obama Country Fest 2016 takes place in Moneygall on July 3rd, and will feature; Mike Denver, Robert Mizzell, Pete Kennedy, Trudi Lalor, Adrian Ryan, Olivia Douglas, Barry Kirwan, Declan Nerney, Pat Costello, Fran Curry and Muriel O' Connor, Keelan, and maybe even a surprise or two on the day! Tickets for this super day out for all the family are just 20euro and are available from ticketmaster and also at the gate on the day, with gates due to open around midday. The first acts will take to the stage around 1pm.

* For more information on the Obama Country Fest 2016, check out the festival's Facebook page, or visit www.moneygall.ie