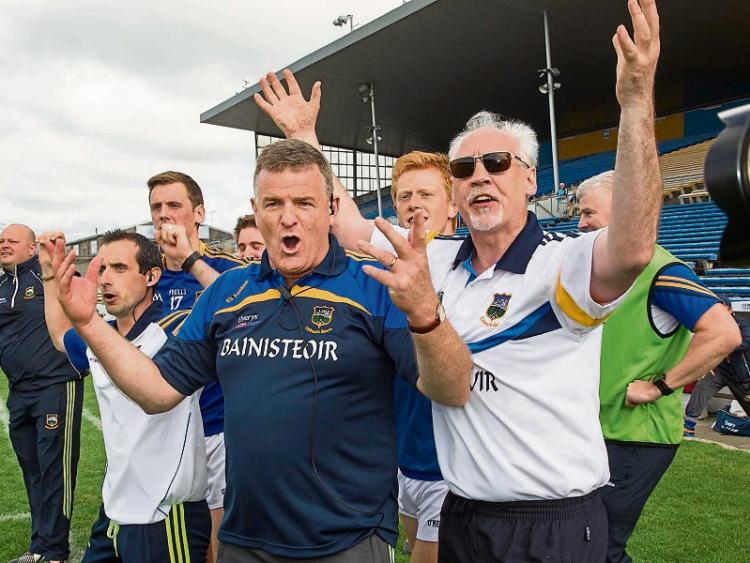 Tipperary football manager Liam Kearns hailed the historic Munster championship victory over Cork as an incredible achievement for his team that was down to "one massive effort".

In his first year of championship action with Tipperary, he has guided them to one of their most famous victories.

And he did so without some first team starters who have either emigrated or moved on to hurling.

He told them they are all welcome back - but they will have to fight for their place on a team that now contains so many heroes.

Kearns paid tribute to the character and determination of the group to respond magnificently when Cork had wiped out an eight point lead to get on level terms in the closing minutes of the game.

He said "Cork were all over us" and he was fearful that fitness levels would be compromised because of injuries in the lead up to the game to key players as Cork gradually reined in Tipperary in the dramatic climax to a thrilling contest.

"We had nine fellas out there that had been robbed of victory against Cork two years ago.

“Tipp were two points up with five minutes left and lost.

“We went close to doing that again today.

It would have been a travesty to lose that game", said a very proud manager who was mobbed by enthusiastic fans after the game, many of whom have waiting years for a day like this.

Kearns said the victory was a fantastic tribute to the players who had endured a very difficult year which saw a lot of defections from the panel.

He said any of those players who left during the year were welcome back.

"The door is open for any of them.

“The players who have stepped in have set very high standards so if they want to come back they will have to prove themselves." he said.