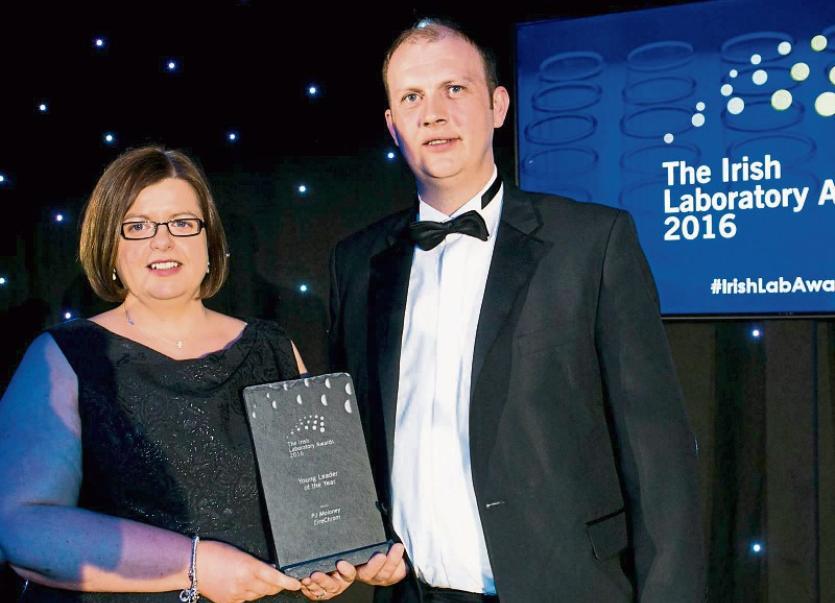 A South Tipperary businessman has won a prestigous award - his second in six months - for innovation and excellence at his Clonmel-based firm.

Ballingarry native and EireChrom founder PJ Moloney was named Young Leader of the Year at the annual Irish Laboratory Awards ceremony in Dublin.

The awards recognise the successes and achievements of Ireland's internationally renowned scientists in areas including innovation, leadership and collaboration and focus on the ongoing work of Irish scientists to grow and develop a sustainable, globally competitive science research.

Mr Moloney's award recognised a young lab leader under 35 who has demonstrated potential to make a significant contribution to science in Ireland.

In February, EireChrom - based at the Questum facility at Ballingarrane in Clonmel and Mahon in Cork - won the Outstanding Small Business Award at the SFA National Small Business Awards 2016. Winners were selected from over 500 applications to seven categories.

Mr Moloney said winning such a prestigious award in their area of expertise, and being recognised by the Judging panel who are leaders in their respective scientific fields, is a great seal of approval for the growing business.

"The culture I’ve embedded in EireChrom, is to ensure the highest quality and standards in every aspect of our business dealings ”

With a range of services covering everything from consultation and laboratory equipment to training and consumables, EireChrom’s extensive client list includes both private companies and semi-State bodies such as the Department of Agriculture, The State Laboratory, PepsiCo, Almac, Eli Lilly, Novartis, MSD, Abbott and the National Drug Treatment Centre.

EireChrom Ltd was established by Mr. Moloney in February 2013 and has grown rapidly to become Ireland’s market leader in the highly specialised area of Mass Spectrometry. EireChrom are the mass spectrometry specialists providing bespoke solutions, delivered by experts which enable their customers achieve their goals with real world benefits.