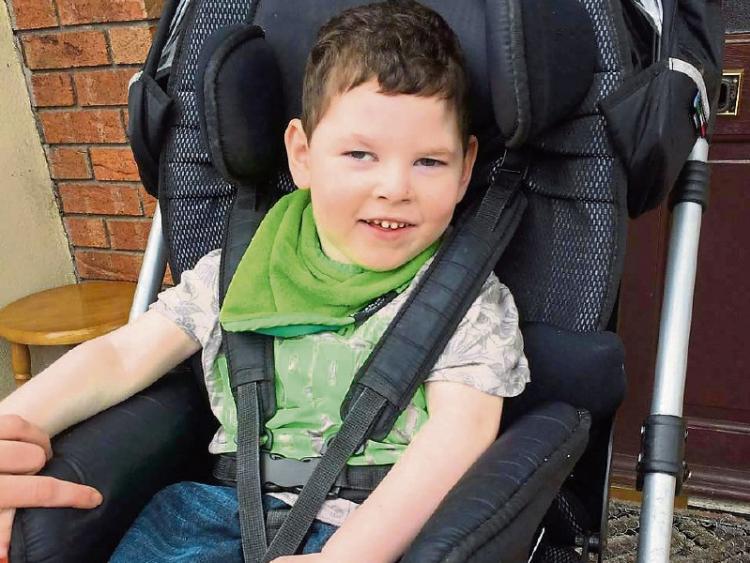 Cavan man Ben Folkman is undertaking a mammoth 32 gig tour in every county in the country in aid of his five year old son who has Severe Cerebral Palsy Needs. As part of his country wide tour Ben will be performing in Lonergans Bar, Fethard on Wednesday June 22 to raise much needed funds to help Jarrah live his life to the full.

His son Jarrah Folkman is a happy, bright and loving five year old boy from Cootehill, Co. Cavan who was born in 2011 with Quadriplegic Cerebral Palsy, CVI Blindness and Refractory Epilepsy. Having a child with severe neurological and physical limitations has been extremely challenging for the family but now that Jarrah is getting older it’s becoming intensely more of a challenge. As Jarrah grows his parents will struggle to safely lift him into the car seats, the bath and up the stairs – everyday tasks that most parents take for granted. Having the correct equipment is crucial for Jarrah, it would provide him with comfort and opportunities to live a full life.

“Jarrah has the whole town rallying together and it looks like he’s now set to inspire the country. That’s why we’re setting out on this mission, to spread awareness, and to also raise much needed funds so Jarrah can get the supports he needs and deserves. He’s growing bigger fast and often has to be carried. He needs special equipment and funds raised will go directly towards that. This initiative is also a celebration of his life and his courageous spirit. He’s just such a beautiful young boy, I’d do anything for him. He deserves a decent life like any of us” says Jarrah’s father Ben.

Jarrah's father Ben, through his love and passion for music launched ‘Jammin for Jarrah’ as the primary fundraiser for Jarrah’s cause. Ben and six friends will embark on an epic musical journey on Sunday June 19 around the 32 Counties of Ireland playing 32 gigs in just seven days, aiming to play in one social club or popular spot in every county on the island of Ireland. They hope to delight each town with their raw talent building awareness and raising money for such a wonderful, deserving little boy.

It is set to be a "busking bonanza" of singsongs, guitars, and even some cowboy hats!! So when you see them in your local area, please show them your support. Local musicians in every county are invited to join the lads for a jam. Jarrah will stay at home with his loving mammy Elysha and his little sister Aria whose admiration for her big brother would make hearts melt.

The Grand Final Concert will take place in Errigal Country House Hotel in Cootehill, Co. Cavan at 8pm on the 25 of June. A raffle and auction will take place there and prizes include items such as a guitar signed by Def Leppard, a current Republic of Ireland signed jersey, a signed Leinster Jersey, and a signed Manchester Utd programme from Roy Keane’s last ever game.

Details of locations on www.32gigs.com. People can find out more and donate online at www.32gigs.com and on Facebook ‘Jammin for Jarrah’.