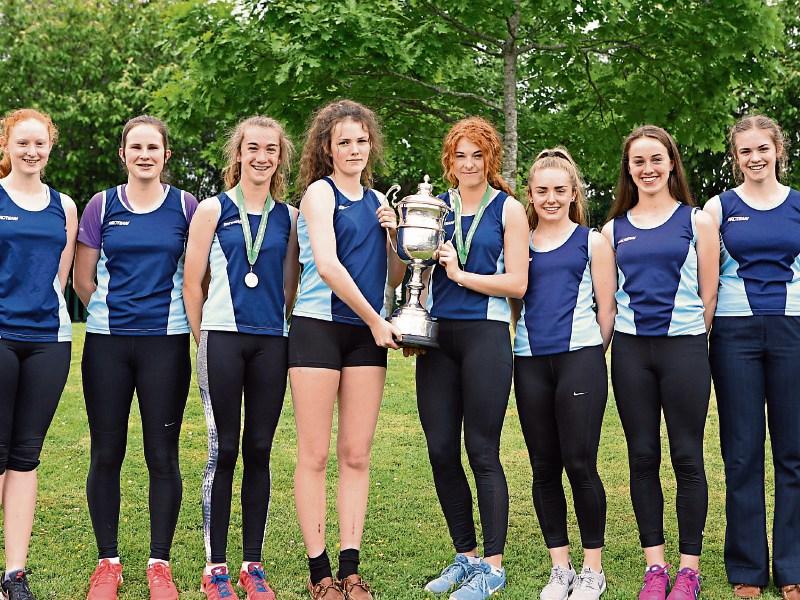 Ninety-three schools scored points in the Intermediate group, with Scoil Mhuire winning by one point ahead of St Vincent’s College, Dundalk in 2nd and Mount Anville School, Dublin in 3nd. The Carrick school also won the Intermediate title at the Irish Schools championships 20 years ago in 1996.

In the relay final, Scoil Mhuire l 4 sprinters ran great legs. The photo finish image had to be enlarged for the judges to be able to declare Castletroy of Limerick the winners in a time of 48.87.secs. Scoil Mhuire's second place time of 48.88 sec was a team PB. The Scoil Mhuire team were: Aoife Doyle, Miriam Daly, Cora Murray, Emily Nolan and Laura Whelan.

Miriam Daly, Aoife Doyle and Alexandra Lapiy have been selected on the Munster team for the Tailteann Inter-provincial this Sunday, June 26. This competition is a trial for the Irish schools team to compete in the Schools International in Kent on July 16.