Nenagh priest Sean McDonagh praised for 'opening nature to us' 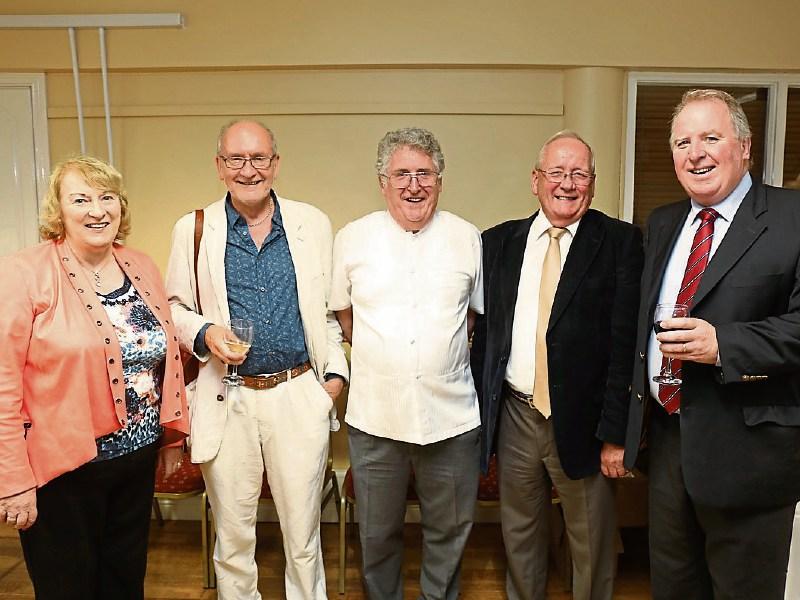 There was a large turnout for the launch of Nenagh priest Fr Sean McDonagh's latest book - his 13th since he was first published in 1986.

One of the foremost ecotheologians in the Church, Fr Sean's latest work is a commentary on Pope Francis' encyclical on the environment, Laudato Si, On Care for our Common Home.

“The encyclical is not something you read to tick the boxes,” he said at the launch in Nenagh Pastoral Centre. “It is the background to how long we will be on this planet.”

Fr Sean pointed out that the curlew is 97 per cent extinct, but that “you haven't heard any bells ringing to say this bird will not be heard by future generations.”

He thanked all those who had helped with the launch, including local parish priest Fr Des Hillery.

The book was officially launched by Prof Peadar Kirby, who described the author as a “pioneer theologian” who began to write to wake up the Church to the reality of issues that now form part of the papal encyclical.

“The Church owes Sean immense gratitude for opening nature to us,” he said. “He has been educating us since 1986 that concern for the planet is not an optional extra. He is a prophet before his time.”

Prof Kirby described Fr Sean's book as a “commentary that opens up the encyclical to all its richness”.

Prof Kirby called on the Church in Ireland to lead the way on the environment by calling for a three-year synod, not on doctrine, but on what faces the plant. “It could begin in the first year at parish level, then go to national level and then look at global issues,” he said. “It would honour the greatness of Sean McDonagh.”

As resident of the Ecovillage in Cloughjordan, Prof Kirby said the village would be delighted to be part of that synod.