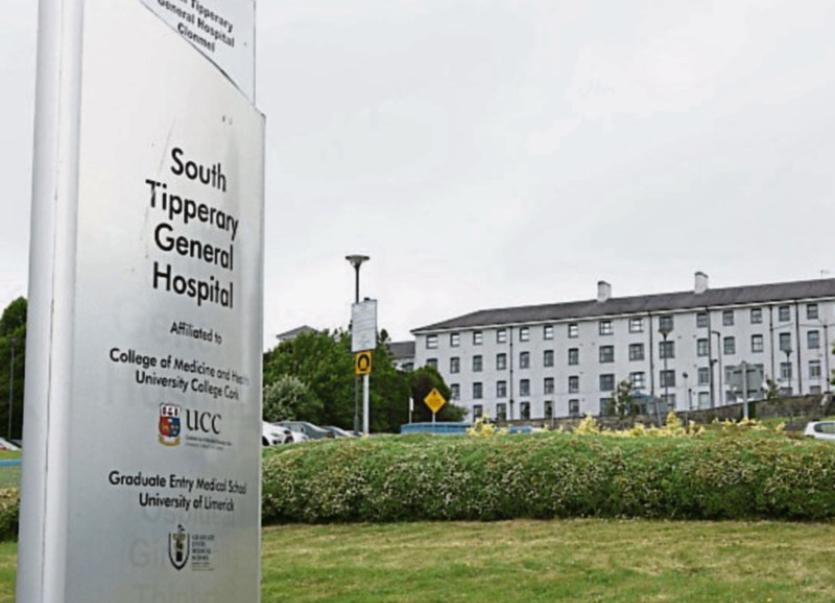 She told the Dail that there are legitimate infrastructure and capacity issues regarding demand at South Tipperary General Hospital.

She was responding on Thursday last in the Dail to a statement made about the hospital by Deputy Mattie McGrath.

The following day the situation at the hospital was raised by Deputy Seamus Healy who said Minister for Health Simon Harris had confirmed to him that he would visit the hospital in the next few weeks.

In the HIQA report, South Tipperary General Hospital was accused of putting patients at high risk because of unacceptable practices and overcrowding.

The hospital had patients on trolleys in a reception area which inspectors say did not provide an acceptable level of safety, privacy or dignity for patients.

The Health Information and Quality Authority compiled a number of reports on the hospital following three inspections carried out over March and April.

HIQA inspectors carried out an unannounced inspection on the morning of 2 March and saw five in-patients being looked after in a non-clinical reception area and corridor.

The inspectors said these patients did not have proper access to oxygen ports, monitoring equipment or other facilities.

The inspectors were so disturbed by what they saw that they immediately called off their inspection until the safety of patients was addressed.

Hospital management acknowledged overcrowding was an issue but immediate action was taken, with patients on wards fit to be sent home being discharged at lunchtime.

The patients on the corridors were then moved to wards.

Follow up inspections did not find a repeat of the problem.

On another inspection, on 16 March, HIQA inspectors found a number of risks relating to infection prevention and hygiene, with very poor cleaning of equipment and around some patient areas.

Rubbish bins were stained, dusty and rusty on some of the surgical wards and the standard of hygiene in some of the toilets was particularly poor.

The paediatric ward was also not clean in places to acceptable standards.

The inspectors went back six weeks later and found the situation had improved considerably but that further improvement in cleaning, management and maintenance was still required.

Overall HIQA found the hospital is working towards compliance with national standards and is committed to improving standards.

She said the Minister has said he plans to focus on the issue of capital investment in hospitals that need infrastructural development and he now has the resources to begin to do that.

“There will be a capital review,, in the near future, and the issues he raises can be considered then.” said the Tanaiste.

In response, Deputy McGrath said staff and management at the hospital are overworked and totally overstretched.

He said it was truly disturbing to have it confirmed that the total number of patients on trolleys in South Tipperary General Hospital this year has increased to 552, 319 more than this time last year.

Deputy McGrath said step down beds had been promised in Cashel and pressure on capacity at the hospital was exacerbated by the closure of St.Michaels psychiatric unit.

Deputy Seamus Healy told the Dail that South Tipperary General was working well in excess of capacity but it was under-resourced, underfunded and understaffed.

The hospital was “bursting at its seams” and staff were working above and beyond the call of duty on a daily basis and, indeed, on hourly basis. He accepted what HIQA has said but he maintained it arose because of underfunding and under-resourcing of the hospital.

“We need urgent and immediate action to ensure a quality hospital service for the people of Tipperary, he insisted.