Spate of egging vandalism in Cashel

Eggs thrown at three properties - two in the same night 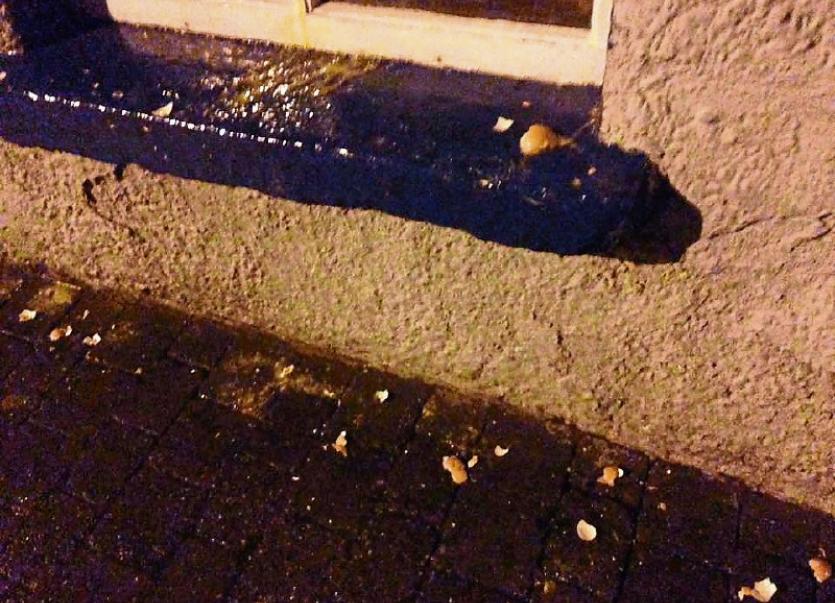 A popular Cashel man who entertained thousands with his Facebook shows, has told of his hurt and upset at having his home vandalised by a group of thugs.

Kieran Fitzgerald of Boherclough Street hosted the popular 'Fitz & Ducky' show on social media, enthralling thousands each evening until last Saturday, when his home was singled out by vandals, and pelted with eggs.

Kieran told the Tipperary Star that the incident was “really distressing.” “It's terrible, because it ruins the paint work and everything.” Kieran cannot name the persons involved, but suspects who it is.

Kieran was at home at the time, talking with a visitor when he heard the eggs being thrown at his house. “I heard a bit of noise, and up further, they were roaring out of a car. First thing when I opened the door, I saw eggshells all over the place.”

The act of vandalism has left the well-known Cashel man physically shaken. “I had a break-in two years on New Year's Eve. This has affected me a lot more. I don't why. It's the thought of your property being vandalised.”

One of Kieran's fellow competitors in Cashel's recent 'Strictly Come Dancing' show also had her front door vandalised with eggs in The Green on the following night, while yet another of Kieran's neighbours had her home egged on Saturday night, just up the road from his property in Boherclough Street.

Kieran's home was also targeted about a month ago. “I didn't take much notice of it then, because it was only one portion of the wall.” Kieran would like to thank all those in the Co. Council who helped with the clean up. “Last week, I had to come out and power wash it at 7 o'clock in the morning,” he said.

Cashel Gardaí have been notified of the incidents, but a prosecution is difficult without CCTV evidence. Kieran has called for more resources for the Gardaí in Cashel. Anyone with information on these incidents can call Cashel Garda Station at 062 75840.