Tipperary looks to Shane Long to beat the French 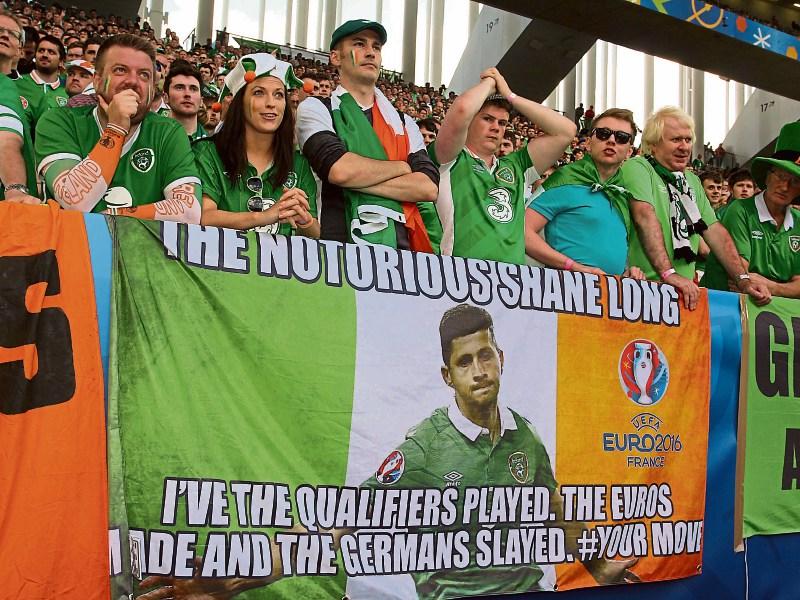 Munster finals in football and hurling are all the talk in Tipperary at the moment but they will have to take a backseat on Sunday when Tipp's own Shane Long takes on the French.

The country has been celebrating since the brilliant win over Italy in Euro 16 on Wednesday night, and no where more than in Tipperary where Long is a home-grown legend.

The Gortnahoe man, a former Tipperary minor hurler who still maintains a huge interest in the hurling and football fortunes of his native county, is now looking forward to the biggest game of his life in Lyon on Sunday.

Long, w ho has played in all three Group games against Sweden, Belgium and Italy, is expected to lead the line against the hosts in Sunday's Last 16 contest.

He has had a brilliant campaign so far and all Tipp and Irish fans hope he can be the hero on Sunday.

He has been unlucky not to score, was denied a penalty against Belgium and caused huge problems for the Italian defence on Wednesday.

Manager Martin O'Neill has obviously pencilled in Long as one of the key members of his side and he may be the one to prise open the French defence.

Long has considerable support in France, especially from Tipperary fans who have made the journey.

Many have special flags and banners (as pictured above) supporting the Southhampton player.

Tipperary GAA has huge games over the next three weeks - the Munster football final against Kerry in Killarney on Sunday week and the hurling final against Waterford a week later.

But they are put on hold for the moment as the county turns its attention to the beautiful French city of Lyon where they hope it will be another special day for Tipperary on Sunday.