Pirates and mermaids take over the Excel 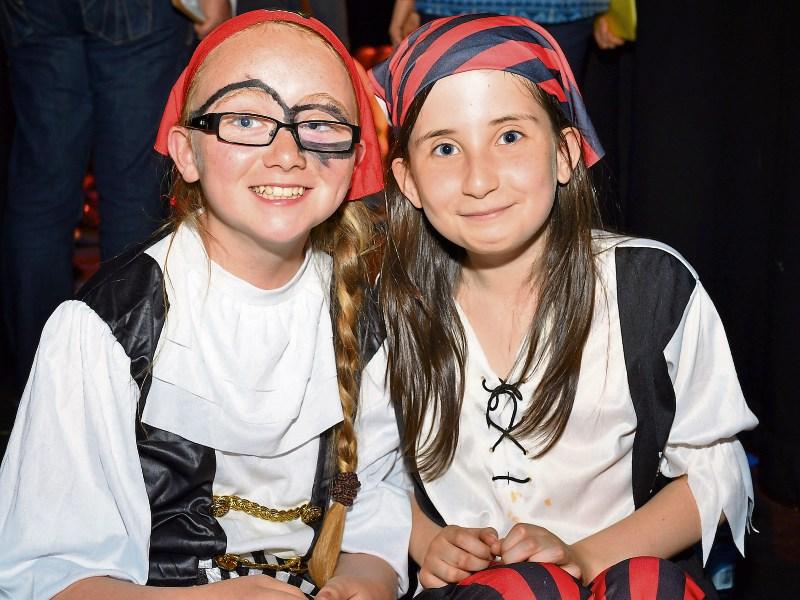 The Tipperary Excel was over run by pirates and mermaids for St. Michael’s Girls N.S. end of year show Baby Jones’ Locket.

The entire school from junior infants to sixth class were involved in the show playing either pirates or mermaids. Baby Jones’ Locket was missing and the pirates were determined to find it. At first, the pirates and mermaids were enemies but slowly they overcame their differences with the Mermaids teaching the Pirates to swim that enabled them to retrieve the sought after Baby Jones’ Locket.

The show as produced and directed by teacher Ms. Claire Connelly who had a team of teachers and staff helping her to form a fantastic entertaining show. The production was a team effort with the teachers and staff also making the costumes at home every evening.

“Every one worked very hard to produce the show and we were delighted with the support given on both nights by the parents and families of the girls,” said Principal Ide Mooney. “All the children were fantastic and enjoyed being on stage which was a great experience for them. Thank you to all the hard work from Ms. Connelly and all the teachers and staff who made this a great success.”