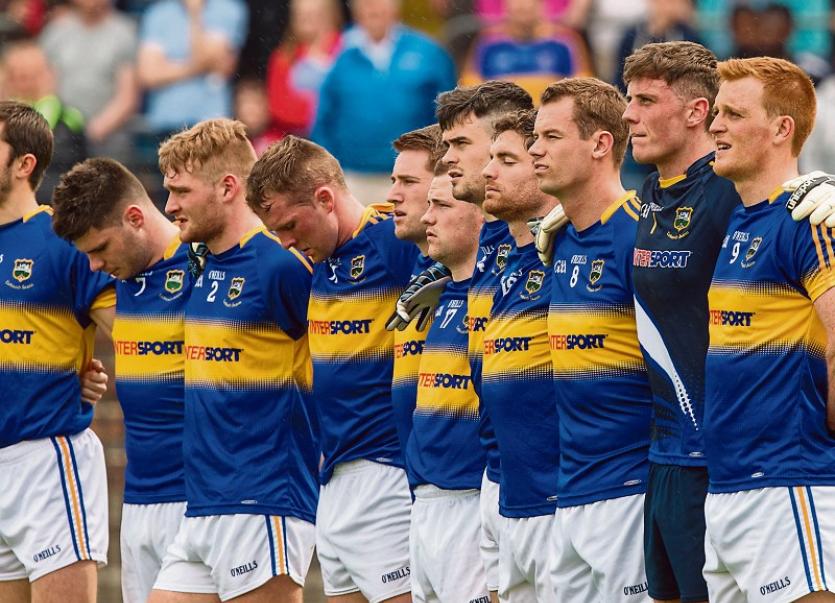 It is impossible to quantify the bounce Tipperary footballers should get from the famous victory over Cork but Sunday will provide some answers.

Tipperary face into the daunting task of taking on Kerry in their own backyard in a Munster Final on the back of an historic triumph.

Defeating Cork after seventy two years will have confidence levels in the Tipperary camp soaring as they go in search of another unlikely upset.

It is clear from speaking to the management and players in the build up to the game that the mindset of those involved in Tipperary football has shifted in recent years.

There is a belief there that they are capable of competing with the best and the day of packing everybody behind the ball and waiting to snatch a lucky late winning score in a low scoring game is gone.

There is a confidence in the Tipperary set up that allows them to plan for the opposition but also to utilise the players, their pace and skills and experience of winning big matches at underage levels, to take on the powers of the game.

Few would have believed that Tipperary would surpass their 1.15 score recorded against Waterford in their quarter final against Cork in the semi final.

They did that and more in a Semple Stadium shootout with Cork, scoring a very impressive 3.-15.

Tipperary have the players in attack to inflict damage on any team.

The belief and strategy to implement a game plan of getting the ball into those players quicker paid rich dividends against Cork.

Tipperary are not a defensive team and there is an acceptance in the squad that to beat the bigger teams they have to take a gamble and attempt to record a good score.

Tipperary have faced Kerry in the championship five times in the last six years with last year's six point defeat in Semple Stadium the closest they have come.

Tipperary were on the end of a seventeen point drubbing in Killarney in 2013 and will be determined to avoid a similar experience on Sunday.

Sunday's underdogs have not beaten Kerry in senior championship football since 1928 but after the Cork victory anything is possible.

Much was made prior to the Cork game of the long list of big name losses in the Tipperary camp, players who choose hurling, went to Australia and America and those who retired. That may have lulled Cork into a false sense of confidence but given the Tipp performance against Cork without those players and Kerry's reputation as a team that does not indulge in complaceny and unerestimating teams, that is not going to be repeated.

Of the fifteen who started for Tipperary against Kerry in Semple Stadium last year, Paddy Codd, Seamus Kennedy, Stephen O'Brien, Colin O'Riordan and Ger Mulhare are all gone off the scene

On top of that four, of the subs brought on that day for Tipperary Jason Lonergan, Barry Grogan, Brian Mulvihill and Andrew Morrissey are unavailable this year.

It is a huge loss of personnel to contend with but as the management and players have stressed since the championship began, the newcomers have made a huge impact and others have stepped up to lead .

The newcomers to the squad will have to step up again on Sunday if Tipperary are to trouble Kerry who will want to ruthlessly dismiss Tipp's challenge in their bid to go one step further than last year and secure an All-Ireland title in September.

Kerry have already accounted for Clare, cruising into this home Munster Final (Fitzgerald Stadium 2pm) with an emphatic victory with a 2.23 to 0.17 scoreline

Tipperary manager Liam Kearns has been given an injury free run into the Munster Final as he attempts to guide his charges to another major upset.

A good number of players had not seen a huge amount of league action prior to the championship and some players had returned from injury just in time to face Cork .

One of those, Robbie Kiely, lasted a good deal of the Cork game but was withdrawn late on as Cork mounted their comeback.

He was a big loss as Cork pressed on but Kiely and other members of the camp have had more time to improve fitness levels.

That period where Cork completely took over as they began to wipe out Tipp's nine point lead is something that will worry Tipp.

Kerry are likely to enjoy similar periods of domination on Sunday and it will be interesting to see what lessons were learned in that respect from the semi final.

Tipp failed to gain possession from eight of their last ten kick outs in that period and Cork took over .

Fortunately Tipp won the final two kick outs and both possessions led to two crucial points to win the game.

One of the many stars of the day, Brian Fox, put that down to the willingness and desire of the players to still put in the hard work when things were not going well.

Tipperary will need plenty of that spirit and work ethic again on Sunday if they are to pull off what would be an even more monumentous shock than they one they pulled off earlier this month.