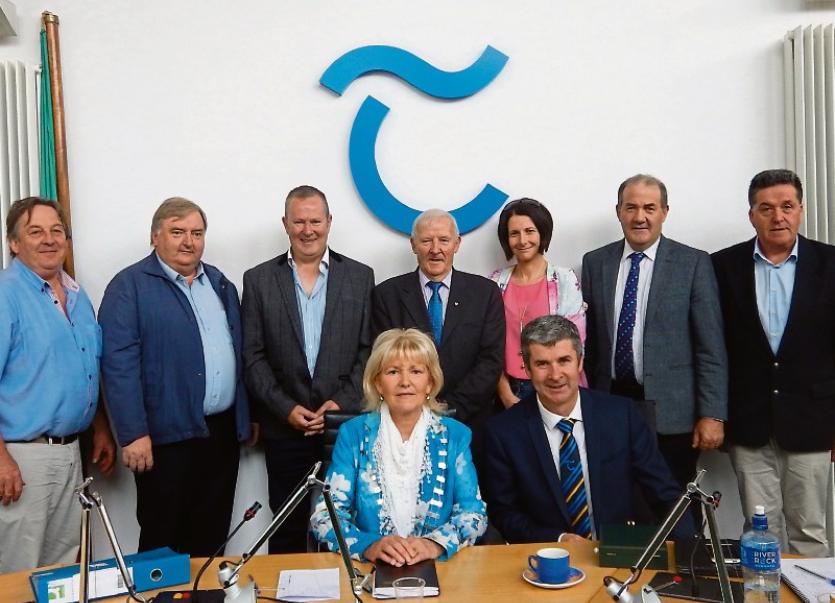 She was proposed by Fianna Fail's Cllr John Carroll and seconded by Labour's Cllr Fiona Bonfield.

However, Sinn Fein's Cllr Seamus Morris, while welcoming her appointment, said the manner of her election had shown “disrespect to other councillors and especially two big-hitters from Lower Ormond”, a reference to Cllr Joe Hannigan and Cllr Michael O'Meara.

A believer in the d'Hondt method, Cllr Morris said the pact system on the council was “old, failed politics” that had been rejected by the country.

“I will work with Cllr Bugler, but it is rubbing the noses of four other councillors,” he said.

Meanwhile, the new Cathaoirleach has set tourism as one of her priorites for the coming year.

“I want to promote tourism,” she said, saying the Butler Trail and the Lough Derg Canoe Trail can bring dividends to the MDC aera.

She would like to see a Garden Route along the lake and promised to work with Waterways Ireland to promote water features in all the villages on its shores.

“We have to use all the assets we have to revitalise our towns and villages,” she said.

Cllr Bugler will also work with Nenagh Chamber of Commerce as well as local committees to develop local festivals.

Roads funding will also be a priority as well as the taking in charge of estates, which she said would be “huge on my list”.

“Every area has problems, but we do have problems with lights. These people bought their houses in good faith but now have no lights in the winter,” she said.

Cllr Bugler agreed to a call from Cllr Hughie McGrath to meet Nenagh Chamber of Commerce as her first initiative.

She pledged to be a Cathaoirleach for the whole Nenagh municipal area, and, calling for new initiatives from her colleagues, she promised that “no idea is off the wall”.