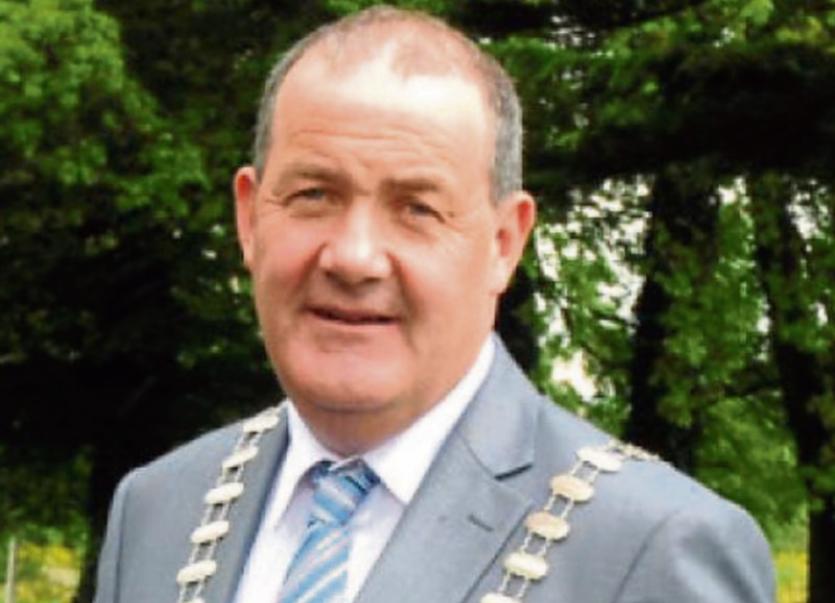 He told the MDC agm that Tipperary's road were in a bad state and they needed to put real pressure on for funding.

“Climate change has to be a big issue going forward. Every year we have weather that causes major havoc,” he said, citing how flooding issues at Lahorna that had been solved had returned.

Describing his year as “very busy”, he said that among the highlights were the arrival of First Data and the proposals for a hydeo-electric power plant at Silvermines. “Hopefully it will turn an eyesore into a valuable piece of infrastructure,” he said.

Cllr Darcy thanked everybody for their help throughout his year in office, which he said was “extraordinary”.

Among the highlights were the Munster Fleadh coming to Nenagh in 2015, the launch of the Beara / Breifne Way, the visit of the Australian ambassador to Terryglass, the district council's environmental awards, Visit Nenagh Classic, the MacDonagh Easter Rising events in Cloughjordan, which included hosting MacDonagh's direct family members, the Lough Derg Stimulus Package and the coming of natural gas to Nenagh.

He also said that it had been great to get the main drainage scheme at Borrisokane over the line and there now needed to be a push to finish the work on Main Street.

Cllr Darcy was praised for his year in office by his fellow councillors, with Cllr Seamus Morris saying he had been a “steady hand”, and he now felt they were working as a municipal area.

Cllr Hughie McGrath said Cllr Darcy had always made himself available to local communities while Cllr Mattie Ryan agreed, saying communication between communities and the council was important.

Cllr Phyll Bugler said she could see improvement all the time through working with communities. She described Cllr Darcy as a “fair person”.

Cllr John Carroll complimented Cllr Darcy on his stewardship, saying it had been a very big year for him.

“The interaction between the council and local communities is vitally important and it is important we keep that going,” he said.