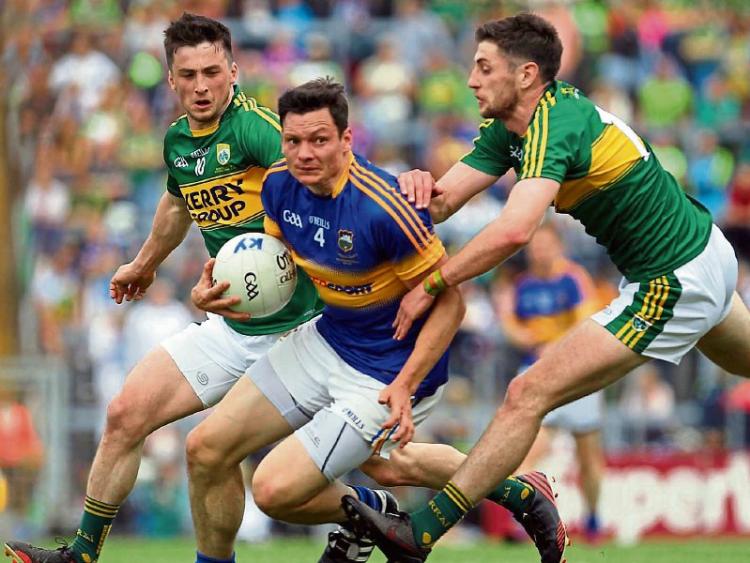 Tipperary came up short in their first Munster senior football final since 2002 when losing by ten points to Kerry in Killarney on Sunday.

Despite the boost of a first minute goal from Jimmy Feehan, Tipperary never really threated champions Kerry who completed four in a row in Munster and their 78th provincial title in all.

Tipperary failed to reproduce the form that saw them shock Cork in the semi-final but despite Kerry's dominance they never gave up the fight and won many admirers for their battling qualities to the end.

A second half Robbie Kiely goal lifted Tipp spirits again but Kerry always had something in reserve to coast to the title.

Tipperary's difficulties in front of goal was reflected in the fact that a Kevin O'Halloran point in the 53rd minute was their first from play.

The Tipperary defence struggled to contain the Kerry juggernaut but never gave up the fight, typifed by the performance of corner back Ciaran McDonald (pictured).

However successive games against Cork and Kerry will have taught Tipperary a lot and they will look forward to the qualifier draw with interest.

See match report and reaction in The Nationalist on Wednesday.