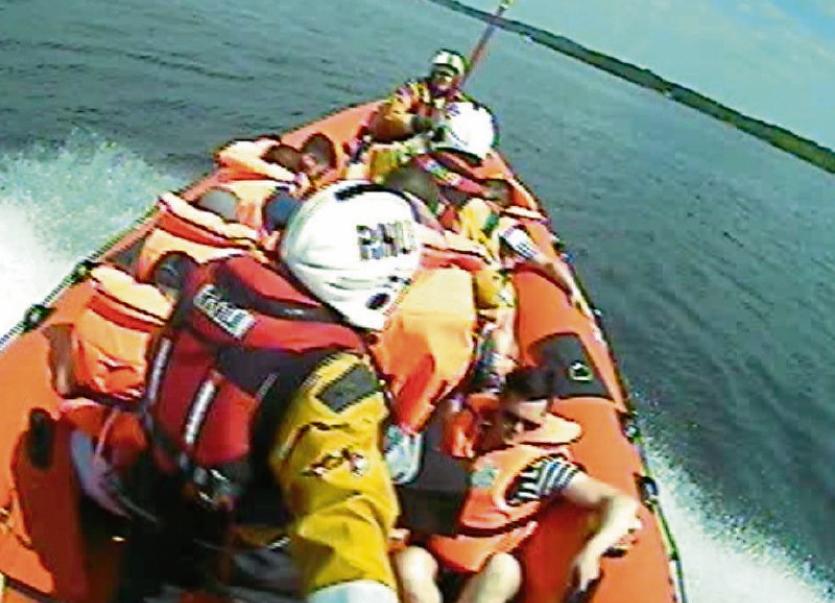 Lough Derg RNLI has been called out three times since the start of July to assist boat users.

On July 1, the lifeboat launched at 11.42am to assist four people on board a 40ft cruiser, whose anchor came loose and dragged beneath their boat in severe weather near Hare Island.

The RNLI lifeboat was alongside the cruiser at 11.52am. Everyone on board was safe and unharmed and wearing their lifejackets.

Given the severe weather conditions and the exposed location, it was decided to let it the anchor go, when after numerous attempts, it could not be recovered back on board. Winds were gusting at Force 5, gusting to Force 6-7 at the time.

An RNLI crew member checked the cruiser for any other potential problems, and found everything to be in working order, the cruiser continued its journey to the public harbour at Dromineer, where it took shelter.

Meanwhile, two vessels had to be refloated on Sunday after they ran aground.

The first was at Gortmore Point south of Portumna on Sunday at around 10.45am in which a lone boat user had to be aided when their 30-foot cruiser ran aground. The cruiser was taken off the rocks and out into safe water, where the drives and engine were checked and found to be in working order. It was then brought to Dromineer.

In the second incident, the alarm was raised at around 6pm when a 20-foot motor boat, with two people on board, ran aground in Youghal Bay on the south-eastern area of the lake.

Two RNLI volunteers waded into the shallows and were able to manoeuvre the vessel into safe water, after which, crews helped to tie it up alongside a harbour close by.

Following the incidents, Lough Derg RNLI urged people to be aware of weather conditions before setting out on the lake and to study charts for depths on Lough Derg.