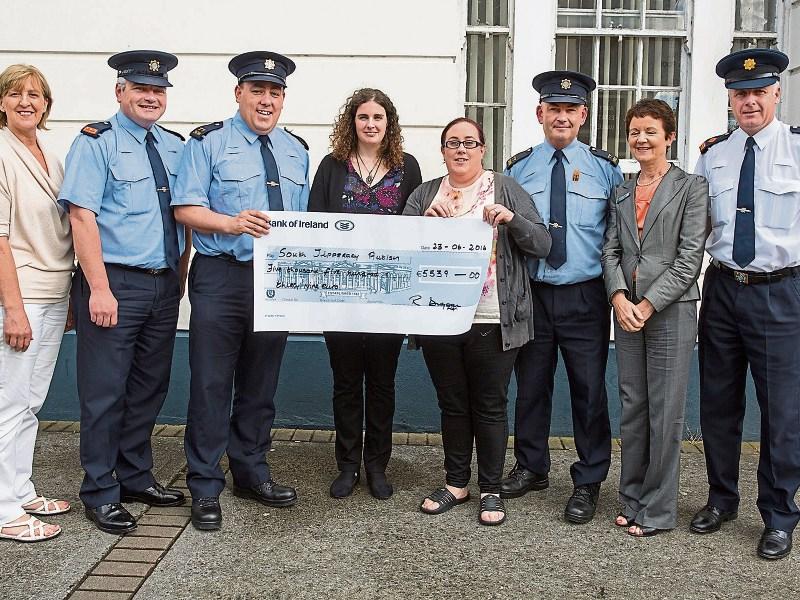 Two local charities helping people affected by cancer and autism have received a funding boost of more than €11,000 from the proceeds of a concert starring the renowned Garda Band, Banna Chluain Meala as well as local choirs and singers.

Both charities received cheques for €5,539.

The Garda Band were a big hit with the audience as were the performances of the award winning Banna Chluain Meala, the singers of the Belle Voci Choir and The Gordonaires and soloists Derek Ryan and Kelley Lonergan. Cahir based Gda. Insp. Eddie Golden also sang at the show.

Gda. Supt. William Leahy said they were delighted with the amount of money the concert raised for these two deserving charities and thanked all the people who supported the event through sponsorship and purchasing tickets for the concert.

He revealed that Clonmel District Community Gardai will hold a similar fund-raising concert in the Minella Hotel on Thursday, December 1.

The Garda Band will again perform at the event, which will be in aid of the CARE Cancer Support Centre and South Tipperary General Hospital's Paediatric Unit.

Supt. Leahy said the concert will be different to last year's show and he expressed the hope it will receive the same huge public support.