'I expect an attacking game' - Ryan 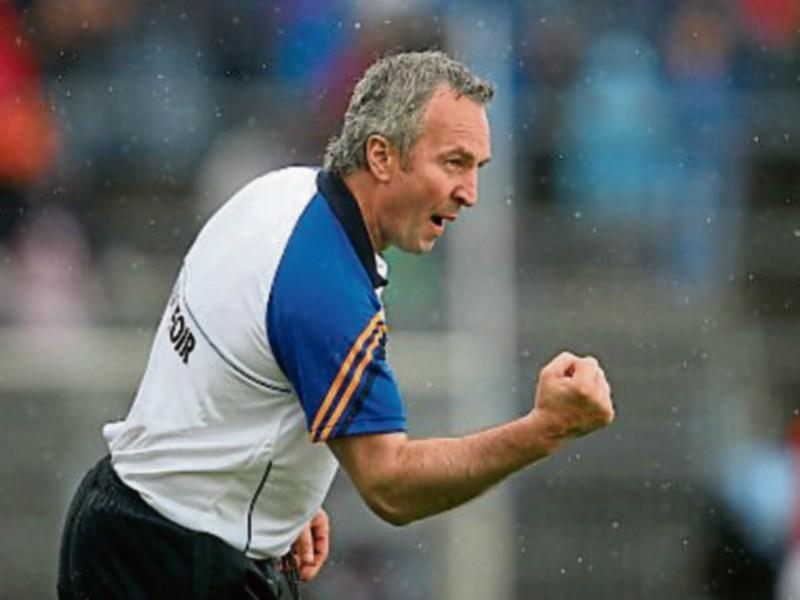 Such is the nature of modern day inter county management in the GAA world, that the general public get to hear quite a lot about what the main movers and shakers have to say.

And, when you have a guy as comfortable and accomodating with the media as Tipperary Boss Michael Ryan, you can be sure that there will be soundbites aplenty and ample opportunity to assess the psyche and test the water in terms of what he is thinking.

That has happened quite a lot this season already, but one word is now emerging in the vocabulary which had been absent for some time in Tipperary - maturity.

Scribes wrote about that sense of maturity after Tipperary had grinded out that hard fought semi-final victory over Limerick, despite being down to fourteen men for the vast majority of the game. They didn't wilt in the face of the challenge, but rather they embraced the circumstances, took up the call to arms and marched over the finish line with their noses in front. Yes, they showed a lot of grit, but they also showed a lot of maturity, and the management recognised it straight away.

"We showed a lot of maturity against Limerick and it didn't surprise us really. These guys are trying to get better all the time. They work so hard at it and we are constantly trying to keep a step ahead of them in training. It's a bit like the teacher in the classroom having to stay a few pages ahead of the pupils in order to be prepared for the lessons. It's great to have it like that - it's the way we want it," Michael told The Tipperary Star this week at a press event in The Anner Hotel in advance of the big game on Sunday.

While trying to stay ahead of the posse and on top of all things at the same time, events happen outside of the control of the management which can throw a wobbler. Injuries are a case in point and while Michael is confident that Seamus Callanan will recover in time for Sunday's final having missed his club's victory over Thurles Sarsfields in the mid championship, suspensions also crop up and get in the way. Paddy Stapleton and Conor O'Brien are back in contention, as is Nenagh Eire Og's Barry Heffernan who is back after return-to-play protocols for concussion have been adhered to. But, John O'Dwyer's loss will be felt on Sunday, of that Michael has no doubt.

"I am hearing only positive things about the injuries situation. In fariness, Dr Brendan Murphy and Paddy O'Brien (physio and former Tipperary hurler) are very good at what they do and are always working very hard to keep as many lads on the field as possible. Barry Heffernan's injury was very frustrating for him because he didn't feel unwell. We wouldn't be for rushing players in their recovery. Thankfully, because of the level they are at, they know their own bodies. Seamie Callanan felt a tightness and he stopped up but it was preventative really. Had he pulled the muscle, we simply would not have had him for the Munster Final.

"Bubbles sending off was very unfortunate. The red mist descended for half a second and that was it. It was a poor decision from him and look at the consequences now. I always ask myself if the punishment fits the crime, but you know, they are the rules and we all abide by them. He has held his hands up - he made a mistake and got caught. He's a loss to us, no doubt, but there are plenty of lads waiting to come in as well," Michael says.

With the footballers also reaching the Munster Final, there has been a lot of talk about the Steven O'Brien situation - the Ballina man opted to throw in his lot with the hurlers rather than the footballers this season. However, he has gotten very little game time and didn't feature with the Tipp intermediates either. Michael felt for him after the footballers defeated Cork in the semi-final and made it his business to have a chat with him and offer reassurrances.

"Steven and Seamus Kennedy made very hard calls to come to us. We saw something in Steven O'Brien that we liked and that we thought was of interest to us. But, we felt he needed to be in a development stage first of all. Steven is ambitious but we are talking here about development and it takes time. He is there to compete and he is doing that. I had a word with him after the Cork game because I knew that he would be hurting with the footballers having reached the final. I knew he had made a big sacrifice for us. He would have been an automatic on the football team but he wants to give the hurling a shot. Whatever way this works out for him, he will be a better player because he is involved in a very very good set-up," Michael, himself a former dual player, says.

Inevitably the discussion comes round to Waterford and their style of play - the sweeper. Michael has no major problem with it although he would prefer the more traditional six on six in backs and forwards. But, he also stresses that a management team must cut their cloth according to their measure and if they feel a need to 'flood players back' then that's what they should do.

"What really determines any style, or system, that you play, is the kind of players you have available. That, and the kind of teams you will be playing against because you might apply different ways against different teams depending on their strengths or perceived weaknesses. I think Waterford are a better, stronger team that they were last year - they have Paraic Mahony back and Shane Bennett has come on a lot from last season. It is a really good Waterford side and I struggle to find any weakness in them.

"Our own level of performance would have to get up a few notches because this is a game that Waterford really want to win - we both do. Everybody knows there is a safety net available here, but nobody wants to use it. I expect it to be a fine attacking game," Michael says.

Defeat on Sunday won't be fatal, but it is not on the Tipp agenda. Not with the way Michael Ryan speaks about the value of the provincial medal. It's not just the medal - it's the confidence and feel-good factor that winning brings. Tipp will hope to benefit from all of that, but first they have a battle royale to fight out.

"It's a big big challenge, but we are up for it,"he says.