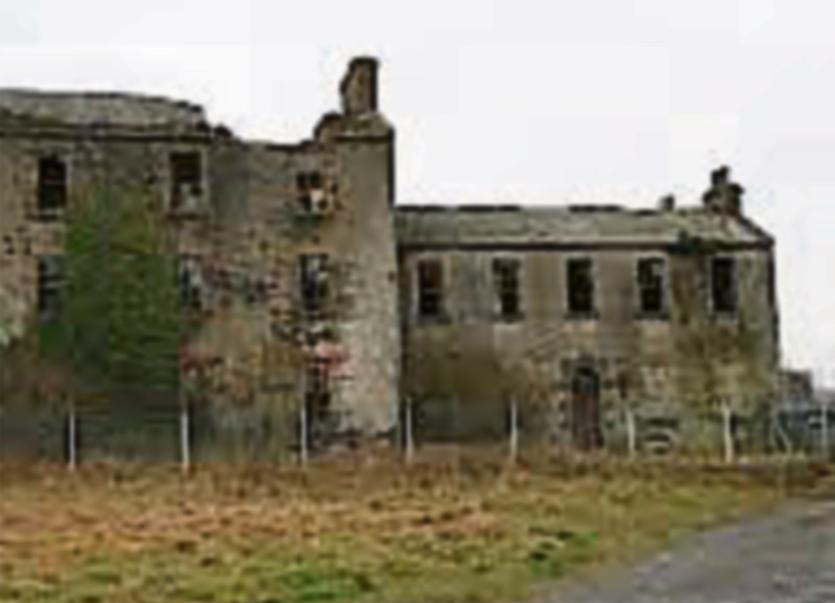 Fears have been expressed by Nenagh councillors over the condidtion of the former military barracks at Summerhill.

The barracks itself has been unoccupied and cordoned off for many decades, but buildings within its grounds are being used by eircom, the Army Reserve and private house owners.

“I am literally waiting for it to fall down,” Cllr Seamus Morris told Nenagh Municipal District Council.

The Sinn Fein councillor was concerned that a child may get into the deerelict building and be seriously hurt.

He called on the Department of Defence to either knock it down or it will fall down.

“While it is not our responsibility, we have a responsibility to the people of the town,” he said, calling for Tipperary County Council to write to the Department seeking what plans, if any, it has for the structure.

Cllr Morris was supported by fellow town councillor Hughie McGrath who recalled that architects had told the council 12 years ago if work was not carried out it would fall down.

“Something has to be done with the building. There is a lot of ground there and it could have great potential,” he said. “It is gone beyond repair. I think it has to be knocked.”

Independent councillor Joe Hannigan said the barracks could be a “serious asset” to the town.

However, he warned that it needed to move on becuase “leaving it to God is not the way forward”.

Senior planner Brian Beck revealed that the barracks was a protected structure but said: “We need to make a decision on what way it's going to go.”

He said the council will discuss its future with the Department of Defence.