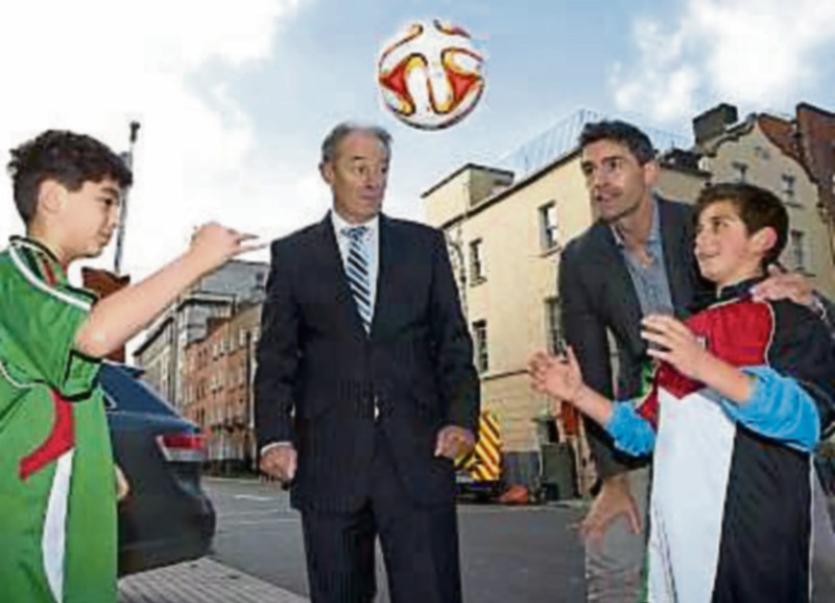 Nenagh is set to host 15 young soccer players and seven adults from Gaza over the next two weeks as the U14 team from Al Helal Soccer Club visit Ireland.

Whilst in the Nenagh area they will be hosted by the Ormond Hotel on Kenyon Street with transport being supplied by Andy Kennedy of Arra Travel.

This trip is all about bringing children to Ireland for a much needed break and was initially launched by former Ireland soccer manager Brian Kerr and former Irish international rugby player and Nenagh native Trevor Hogan.

“They have by the age of 14 already experienced four wars. The Gaza strip itself is home to two million people and with a population density which is already one of the highest in the world. The reality is that nearly all children under 15 will have never left an area that is no more than 26 x 7 miles in size. This is an opportunity for the people of Tipperary to play their part and help with this wonderful project,” said Trevor.

Among the events lined up are friendly matches and a visit to Burgess, where the will be introduced to hurling.

The trip is being organised by the Gaza Kids 2 Ireland project, a joint initiative between Nenagh Friends of Palestine, Antrim 2 Gaza and Gaza Action Ireland. If you want to help in any way, either with your time or financially, contact 087-2055361.