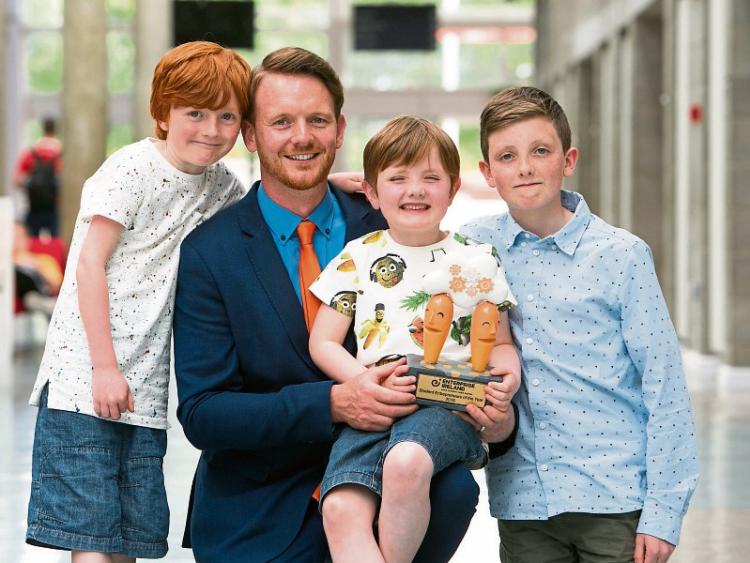 Cork Institute of Technology student Vincent Forde from Silvermines has scooped a major award from Enterprise Ireland having been named College Entrepreneur of the Year 2016.

Vincent's winning entry Gasgon Medical was selected from over 500 submissions from third level institutions across Ireland with the Silvermine man's business idea taking home the €10,000 prize fund and mentoring sessions from Enterprise Ireland.

Vincent, who is in his third year of his undergraduate degree in Mechanical Engineering, returned to college as a mature student after running his own design company for several years.

His idea for Gasgon Medical originally began as part of one of his college modules which was later selected to join the Student Inc summer programme at the Rubicon Centre on CIT's campus. The company aims to improve patient safety in the clinical environment after doctors from UCC highlighted the valuable staff time that was being wasted while setting up and monitoring IV procedures.

As for future plans Vincent says he will focus on combining studying for his final year in college as well as setting his sights on scaling the company.

“Taking part in this competition has allowed me to make some great contacts and given me access to supports networks to help develop my business idea. Going back to college was the best decision I ever made,” he says.

This most recent win follows on from Vincent being named as Accenture Leader of Tomorrow in February this year. Vincent also received the Local Enterprise Office CIT Prize for Innovation where he was awarded €4,000 and took the title of CIT Entrepreneur of the Year.