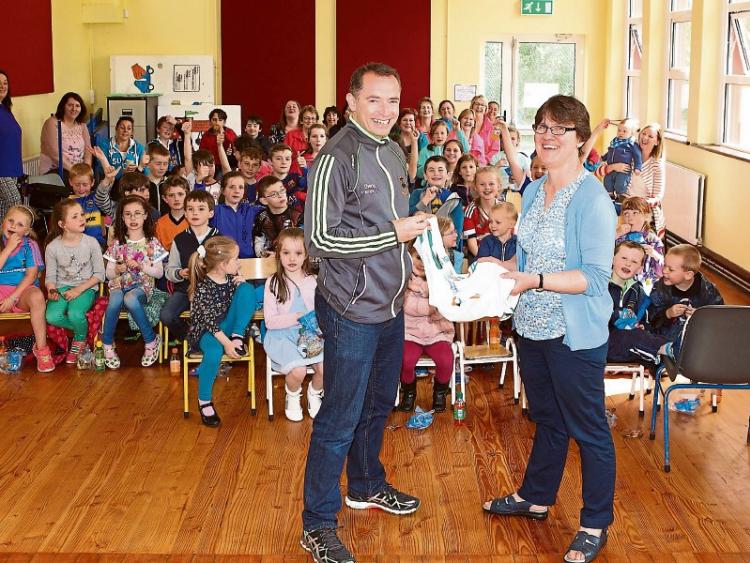 Former Olympic sprinter Gary Ryan visited his educational roots this week when he returned to Kilcommon National School to raise the school’s Active Flag and the Digital School of Distinction Flag.

Gary took the time out to tell them all about his childhood in Kilcommon and how he became such a great athlete , that he wasn’t the best in his class when he was a child but with practice and doing your best you can succeed. He also brought in some of his medals from his wonderful achievements for the children to see.

Gary who is now been appointed as the new physical trainer for the Tipperary senior hurlers was truly inspirational to the children and very entertaining.

Kilcommon School like the Tipperary Team are privileged to have such a role model in our midst!