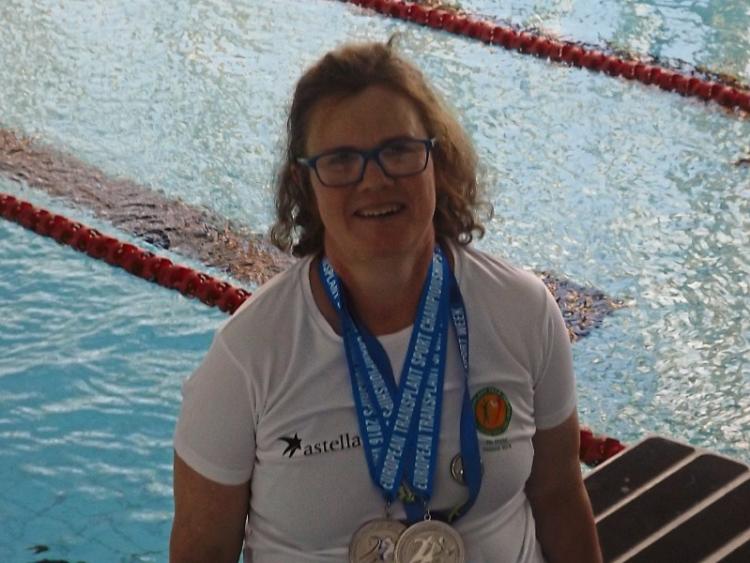 Orla secured silver in both the 50m freestyle and 50m breaststroke competitions.

Orla attended her first Games in 2004 at the European Transplant & Dialysis Championships in Slovenia and this year's Games in Finland are her eight Games to attend.

This is an eventful week for Orla as she celebrates her 10 year wedding anniversary to her husband Ger Ryan today. Ger was not able to travel with Orla but she plans on spending their anniversary apart checking out the sights of Helsinki with fellow Team Ireland members while obviously keeping Ger closely in her thoughts.

She was thrilled with her success and paid credit to her mother for training with her in the pool.

“I went out to do my best and I am thrilled with the achievement. I've been practicing three times a week with my mam. The team has a great bond and we are all rooting for eachother and trying to help promote organ donor awareness,” said Orla.

Orla comes from a well known sporting family in Tipperary, her father played hurling for Tipperary when they won the all-Ireland hurling finals in 1971. Orla comes from a family of six children, including her brother Cathal who donated his kidney to her in 2008.

Orla brings a fantastic energy and witty humour to the team which is appreciated by not only Team Ireland but competitors from other countries, games officials and volunteers.

Orla will be competing in the 3km Race Walk and ball throw this Friday and Saturday and she is thoroughly looking forward to the rest of the week.

Orla will fly home to Dublin airport with the the 28 strong Transplant Team Ireland on Sunday.