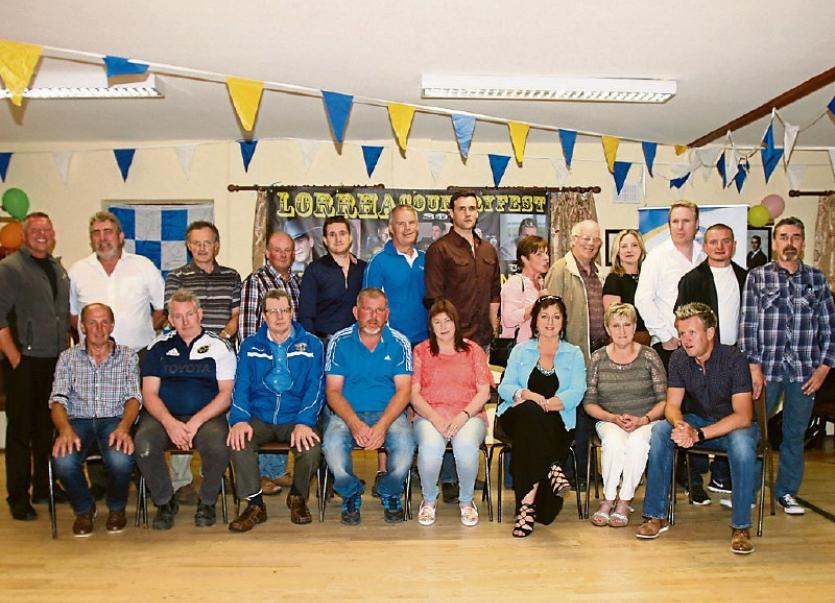 Some of the biggest artists on the Irish country music scene will be descending on Lorrha this Sunday, July 17, for the first ever Lorrha CountryFest.

The event which will be held at Lorrha GAA grounds, just off the Birr to Portumna road, has been months in the planning with thousands of people expected at the North Tipperary venue for a day long event which gets underway shortly after 12 noon.

The event will be jointly headlined by country superstars Mike Denver and Robert Mizzell. Denver, a native of nearby Portumna, is sure to draw a massive crowd from the local area when he takes to the stage for his set from 2.45pm while Robert Mizzell will round off the day long festival with a 90-minute set from 5.30pm.

There will be music for all types with local Lorrha band Tradstone getting the event underway from 12.30pm while Pete Kennedy from nearby Kinnity follows from 1pm. Sean Slattery & the Connections and Johnny Brady follow before Mike Denver takes to the stage as one of two headline acts.

Louise Morrissey, the Conquerors and Olivia Douglas will keep the music goers and dancers entertained before Robert Mizzell rounds off the evening.

A large dancefloor will be set-up to allow ample space for those that bring their dancing shoes while full bar and food facilities will also provided on site.

There will also be ample parking close to the grounds, including wheelchair access.

Tickets (€20) will be available on the day but it is advisable to get them in advance and can be bought from Kelly's Village Store, Rathcabbin; Friars Tavern, Lorrha; SuperValu, Portumna; County Arms Hotel, Birr; Abbey Court Hotel, Nenagh; Lar na Pairce, Thurles, or online at www.eventbrite.ie Under 14s go free. X