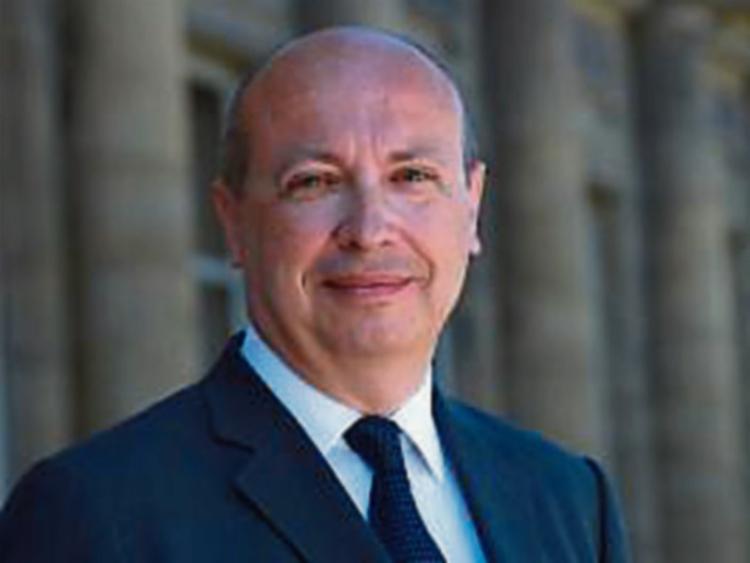 The French Ambassador to Ireland, Mr Jean-Pierre Thebault, will lead this year’s Famine 1848 Walk in Ballingarry.

The Walk takes place on Saturday, 30 July at 3pm from the 1848 and National Flag Monument in the village of The Commons to the Famine Warhouse at Farranrory, the scene of the 1848 Rising. The Famine Warhouse is a national heritage site, museum and visitor attraction under the Office of Public Works. The Walk covers a mile and a half of gently ascending ground.

The annual Walk remembers the millions who suffered and died during the Famine (1845-1850) and the Famine Rising of 1848 when the Young Irelanders under William Smith O’Brien, M.P., attempted to stage a bloodless revolution in Ballingarry.

The French Ambassador will lead the Walk and his visit will mark the many links between Ireland and France in 1848 and 1916, in this centenary year of the Easter Rising and the Battle of the Somme.

The French Revolution of 1848 sparked a year of revolutions across Europe and deeply influenced the Young Irelanders. William Smith O’Brien and Thomas Francis Meagher led a Young Ireland delegation to Paris to congratulate French Republicans on their overthrow of the monarchy.

The Irish tricolour was brought back from France by Thomas Francis Meagher. Tradition states that the flag was flown in Ballingarry during the Rising. On the monument, in the village of The Commons where the Walk starts, Meagher’s words on the symbolism of the flag are inscribed: ‘the white in the centre signifies a lasting truce between the Orange and the Green and I trust that beneath its folds the hands of the Irish Protestant and Irish Catholic may be clasped in generous and heroic brotherhood’. The Irish tricolour is a flag of 1848 and it was flown from the roof of the GPO during the 1916 Rising.

To mark the historic connection between Ireland and France in 1848 there will be a presentation and exchange of flags. The Ambassador will present the French tricolour of red, white and blue to the Famine Warhouse, where it will be displayed. He will be presented with an Irish tricolour.

Another direct link between 1848 and 1916 and between Ireland and France is that the founder of the IRB or Fenian movement James Stephens and his colleagues John O’Mahony and Michael Doheny were all present in Ballingarry. The IRB was responsible for organizing the 1867 Rising and the 1916 Rising. This fact is also recalled on the monument in The Commons. James Stephens pulled O’Brien out of the line of fire at the Famine Warhouse. After the Rising, Stephens, O’Mahony and Doheny all found safe political refuge in France.

Irish in Battle of the Somme

The Ambassador will also note how the French people rallied strongly to send financial aid to the starving Irish during the Famine and how in World War One tens of thousands of Irishmen fought for freedom in France alongside French soldiers, particularly at the Battle of the Somme which began one hundred years ago in July 1916. Thirty men from Ballingarry were killed in the Great War, twenty-five of them in France. Patrick Delaney from the townsland of Kyle, through which the Walk will pass, was killed on 1 July 1916, the first day of the Battle of the Somme. William Sullivan of Kyle was killed two days earlier. Philip Purcell from nearby Williamstown was killed on 14 July 1916, Bastille Day.

This is the tenth year of the Walk and the second time that it has been led by an Ambassador. In 2008 the Walk leader was the Australian Ambassador to Ireland. The Walk is organized by the Ballingarry 1848 Society, a voluntary body which exists to promote the national heritage site as a tourist and education attraction.

Visitors will be able to view the house museum which was once a family home. The house contains a detailed historical exhibition outlining the context of 1848: famine, death and mass emigration of Irish refugees, revolutions across Europe, and the Rising. The exhibition also displays eyewitness accounts of what took place inside and around the house on the day of the Rising. There is also an Audio-Visual Room and a free visitors’ guide brochure. There are scenic views at 1,000 feet to be enjoyed from the field in front of the house. At the end of the Walk, after the Ambassador’s speech, refreshments will be served from the Tea Room in the courtyard. All are welcome whether walking or visiting the house museum. There is an open invitation to all schools in the area to walk behind their Tricolour flags on the day.

Mid-way between Cashel and Kilkenny

Famine Warhouse 1848 is a developing national heritage site mid-way between Cashel and Kilkenny City which attracts many foreign and national visitors as well as school, history and other tours. The OPW has announced that it is to restore the final un-renovated outbuilding as an Education Room and works are due to take place in the near future.

There will be free guided tours of the Famine Warhouse on the following day, Sunday, 31 July. The Walk takes place, rain or shine (so bring a sun hat and an umbrella). It is an occasion when the people of Ballingarry extend a warm welcome to all visitors.