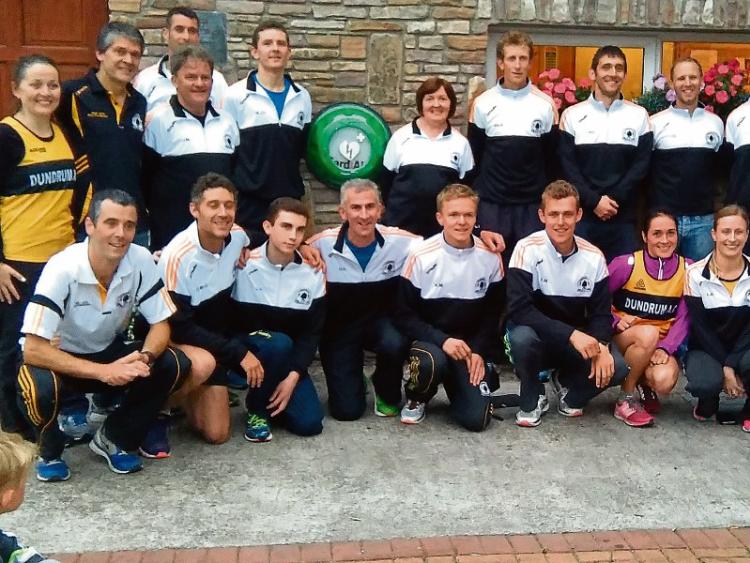 Proceeds raised from a 5km run in memory of Brendan in May this year were used to finance the defibrillator which saw over 600 runners from across the county and beyond proudly line out to honour the Dundrum club man.

This is the second AED defibrillator for the village and training by the Order of Malta is hoped to begin in the coming weeks with the ultimate aim of getting as many people in the area trained to use the equipment as possible.

Members of the Dundrum club were out in force to give their full support at the unveiling where tributes were paid to longtime club member Brendan who passed away suddenly last year. Brendan was remembered for his active role in the club where he was known to help out in setting up race courses for competitions, helping with juvenile training sessions and his involvement in the annual summer road race.

The official unveiling took place after the annual Coillte 10km road race which is now in its 31st year and retains the title as the longest running road race in the country. For a full report of the Coillte 10km see page 51 of this week's Tipp star.