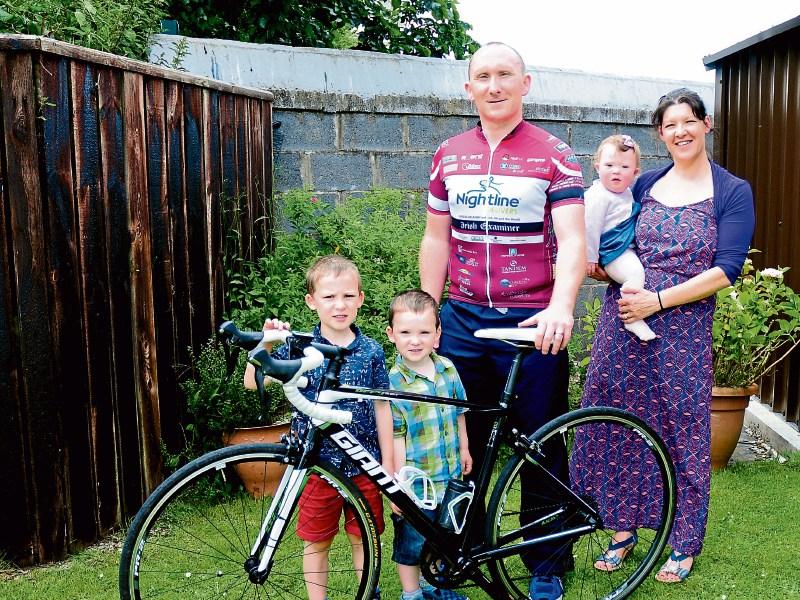 Thurles teacher Michael Hassett will take to the six counties of Munster next month as part of a 600km cycle to raise awareness for Down Syndrome Ireland.

Michael, who is a secondary school teacher at Cashel Community College, is embarking on the Tour de Munster cycling challenge alongside 120 other cyclists in a bid to raise money and awareness for Down Syndrome Ireland branches in the area.

“One of the main goals of this cycle is to let people know about the organisation and the work they do,” says Michael who will be taking part for the second year in a row.

“Many people take part because they have a child with Down Syndrome or a family member or friend but a lot of people sign up just to help get the message out there about Down Syndrome.”

Last year the charity cycle raised €260,000, of which over €35,000 was allocated to the Tipperary branch. All fundraising was used to subsidise services such as speech and language therapists and cookery classes as well as swimming and dancing lessons.

Michael became involved with DSI following the birth of his third child Jane last year who was born with Down Syndrome.

"Jane was only a few months old when I took part last year and being involved with our local branch has been incredibly beneficial to us all. It's a great way to get advice and exchange ideas," he says.

"Jane has been meeting all her milestones and is a wonderful bundle of energy. She has two older brothers who just think the world of her," adds the proud Dad.

As for the training Michael says he is much more prepared the second time around.

“Last year I jumped into it without completing as much training as I should have but I know what it involves this time around so I should be in better condition by the end,” he jokes.

Bucket collections in aid of Down Syndrome Ireland will also be taking place in Clonmel, Cahir, Tipperary Town, Ballina, Birdhill and Killaloe.