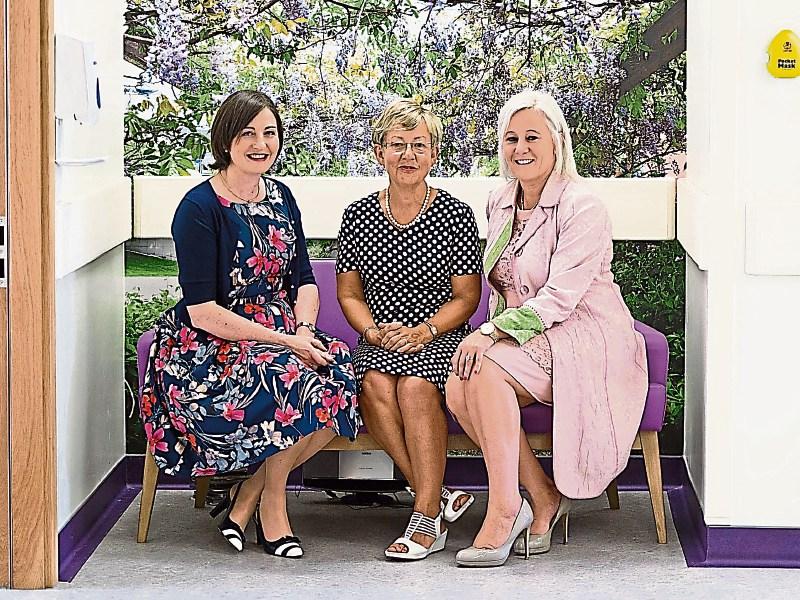 A Nenagh woman who underwent breast cancer treatment in Limerick a number of years ago has praised the opeing of a new dedicated Breast Unit at University Hospital Limerick.

Helen Leo said that the Breast Unit women attend in 2016 was a far cry from the environment in which she received her diagnosis in 2010.

“Women who like me went through the old breast unit will know of its shortcomings. You had to wait for your consultation, even for an initial diagnosis, in a claustrophobic space under a stairway which was very unwelcoming and almost cruel,” said Helen after the new unit opened.

However, she said that the staff had always been great and she was delighted for people like the three specialist breast nurses - Mags Sullivan, Laura O’Donoghue and Michelle Walsh - that they were moving into a new building as well, which was really fantastic.

“My only regret is that I don’t get to use it myself because I have fully recovered and, as (Consultant Breast Surgeon) Anne Merrigan puts it, I have graduated from the Breast Unit,” said Helen.

According to the HSE, in 2015, there were 206 new breast cancers diagnosed in the Breast Unit at UHL, the women ranging in age from 23 to 96 years with a median age of 68.6. Activity continues to increase annually.

The development includes consultation rooms, a multidisciplinary team conference room, a prosthesis fitting room, a family room, offices and a quiet room where women can retire for cancer consultations and information. The unit boasts cutting-edge diagnostics, with two ultrasound and two mammography suites, including the first use in a public hospital in Ireland of tomosynthesis, also known as 3D mammography.