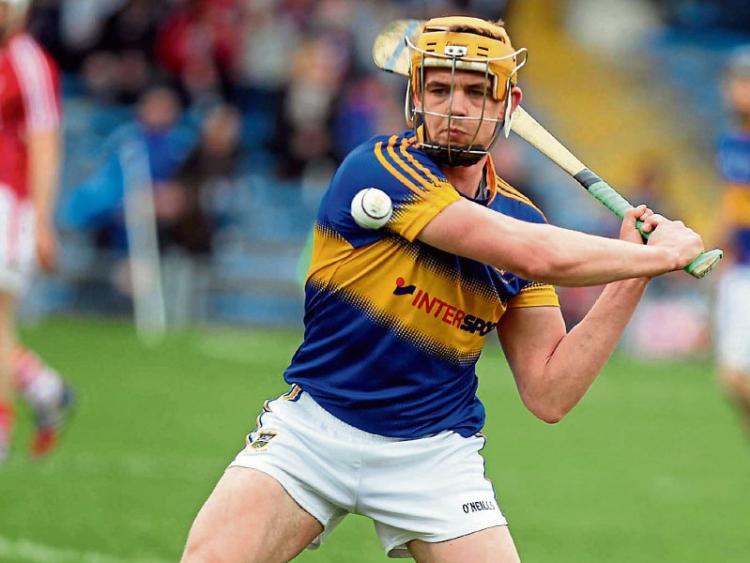 What a week it has been for Tipperary hurling.

Just four days after the seniors and minors secured a Munster title double, the under 21s kept the treble very much alive with a stunning win over All Ireland champions Limerick at rain-lashed Semple Stadium on Thursday evening.

They now meet Waterford in the final on July 27.

The battling qualities that secured provincial titles for the under 18s and seniors at Limerick last Sunday were emulated by the under 21s who showed no regard for Limerick's status as Munster and All Ireland champions.

Man of the Match Paul Maher (Kilsheelan/Kilscash) said after the game that Tipp had been hurt during the week by Limerick being such over-whelming favourites.

Well they quickly brought the Shannonsiders back down to earth with a display that thrilled the Tipperary support at Thurles.

Maher was outstanding in the full back line as was every member of the Tipp defence. Inside him Tom Fox had an immense game while captain Ronan Maher (pictured) maintained the superb form he had shown for the seniors in the win over Waterford on Sunday.

Limerick's much vaunted attack met a brick wall of blue and gold that defended heroically.

The Tipperary performance was the same at the other end. Limerick struggled to cope with the aerial threat of Stephen Quirke with the Moyle Rovers star plucking balls from the sky.

Josh Keane was a dynamo throughout with Barry Hefferanan and Martin Russell also outstanding.

And manager William Maher also used his bench brilliantly. Keane, Willie Connors and Conor Lanigan all played well but the Ballingarry man took them off to bring in fresh legs and what a move that was.

Ronan Teehan came on for Keane and scored the crucial goal in the 58th minute that secured victory. It put Tipp five points clear and although Limerick replied with a goal of their own they couldn't close the gap.

Andrew Coffey had hit Tipperary's first half goal just three minutes before the break and it was a crucial score when it looked like Limerick were about to get on top. Two Limerick points in reply gave them a slight lead at the break but they never looked like imposing themselves on the game.

Tipp were the better side in the second half with a display that typified a wonderful four days for the county.

Grit and determination were ingredients that helped to secure the Munster double on Sunday and fans were hoping to see it replicated on Thursday night.

They were not disappointed. Tipp fans love the artistry of the game but also the cut and thrust, the tackles, the challenges, the pride in the jersey.

They saw it in spades on Thursday night. Limerick came as proud champions but it was Tipp who left with still much to play for.

Waterford, after a big win over Clare in their semi-final twenty four hours earlier, will provide a huge test in the final, but Tipperary hurling is in a good place at the moment and this team will fear no one. They showed that against Limerick.

See report, reaction and analysis in The Nationalist on Wednesday