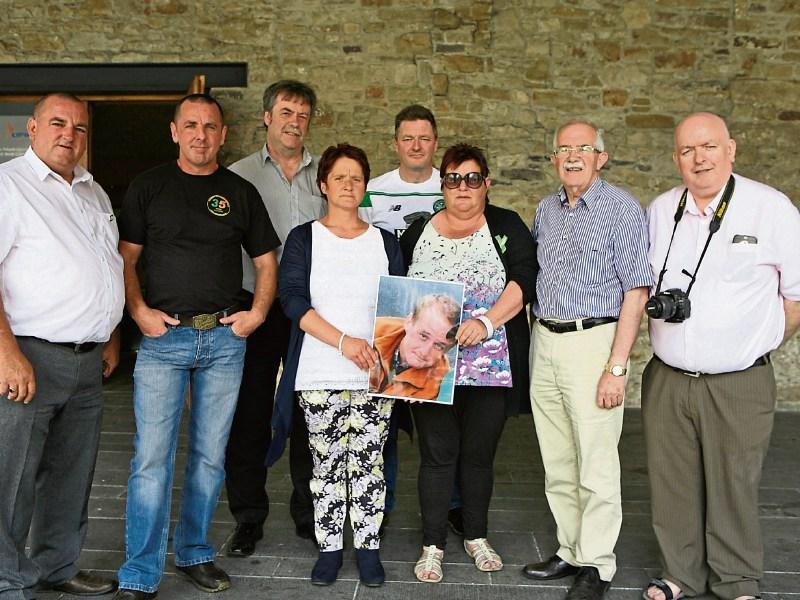 A woman whose family has been devastated by drug addiction has urged people to speak up and demand proper services for the homeless, addicts, the vulnerable and those suffering from mental health issues.

Anne-marie Channon, whose daughter Amy and brother Christopher died from drug addiction in the past 18 months, organised the recent March for Change and rally in Clonmel's town centre to raise greater awareness of the issues that contributed to the deaths of her daughter and brother.

Ms Channon, who lives in Lisronagh, said that her 25 year-old daughter Amy, who had three young children and loved them dearly, had her whole life ahead of her when she died in December 2014.

She had been addicted to prescription medication while traces of speed and cannabis were also found in her system. She also suffered from mental health problems.

Ms Channon said that her 43 year-old brother Christopher, whose body was discovered in the former Clonmel Arms Hotel in early May, was always upbeat and positive.

A homeless person, he had successfully battled his addiction many times only to fall prey again to what she described as "unscrupulous drug dealers who prowl the streets of Clonmel and towns, villages and cities all over Ireland".

Speaking at the rally, Anne-marie Channon said she hoped everyone would stand up, speak out and seek help before it is too late.

"Without full support and proper resources from the various agencies homeless people, addicts, vulnerable people and the many suffering from mental health issues won’t get the help and guidance they need to pull through.

It is estimated that one in four people in Ireland will experience mental health issues in their lifetime, from low periods to depression and other related illnesses".

Deputy Seamus Healy spoke of the need for in-patient mental health services, which he said had been non-existent since the closure of St. Michael’s Hospital in Clonmel in 2012.

“We need those beds re-opened for mental health patients” he stated. “Clonmel-based mental health teams need to be staffed and resourced to the standards set down in the Vision for Change policy published 10 years ago in 2006.”

They all stressed that change was needed and funding was required for mental health services, while adding that the provision of ongoing care for vulnerable people was an issue that must be addressed urgently.

Anne-marie Channon thanked everyone for their support at the march and rally.

She also expressed her gratitude to Eddie Reade and Elaine Power from Carrick-on-Suir, who helped her organise the march and who continue to work voluntarily in the soup kitchen in Clonmel along with Tom Murray, Dermot O’Donovan (who helped found the soup kitchen in January 2015) and all the other volunteers.