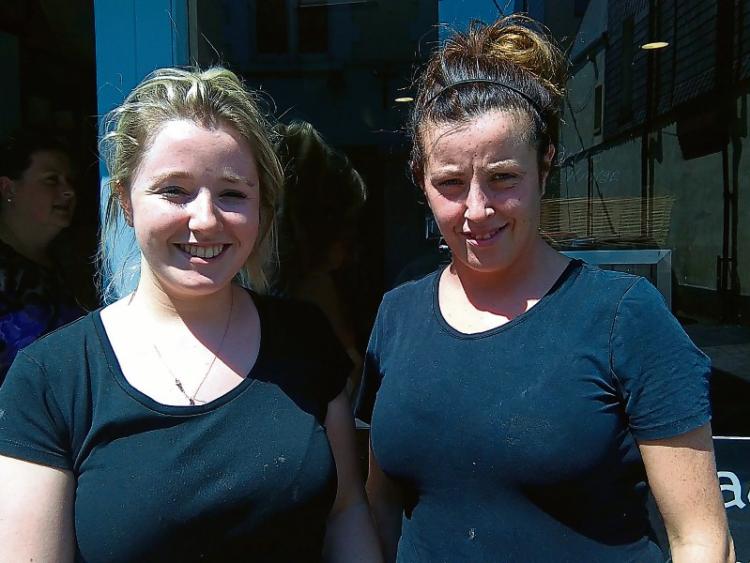 Sun worshippers were out in force in Thurles today after Met Eireann revealed the mid Tipp town is one of the hottest locations in the country.

According to Met Eireann Thurles will have the hottest temperature in Munster today with temperatures reaching up to 27 degrees.

“The sun is certainly very welcome. It's about time we got a bit of a summer,” said one customer at Naomi's Cafe at Croke Street while staff member Regina O'Gorman agreed it certainly felt like the hottest day of the year.

“It's roasting but we won't complain,” she said.

Today is expected to be the hottest day of the year with temperatures expected to reach up to 28 degrees inlands. However the weather for the rest of the week will be more changeable with occasional showers, although it will remain dry and bright.

However Irish Water Safety have also issued a warning message to anyone going swimming today urging people to swim only where lifeguards are present. Statistics released by IWS said that 62 percent of drownings occur in in-land waterways with 30 percent occurring after people have consumed alcohol. Last year 66 people died by accidental drowning in Irish waterways.