CCTV should be provided for Main Street of Cashel, says Cllr Browne 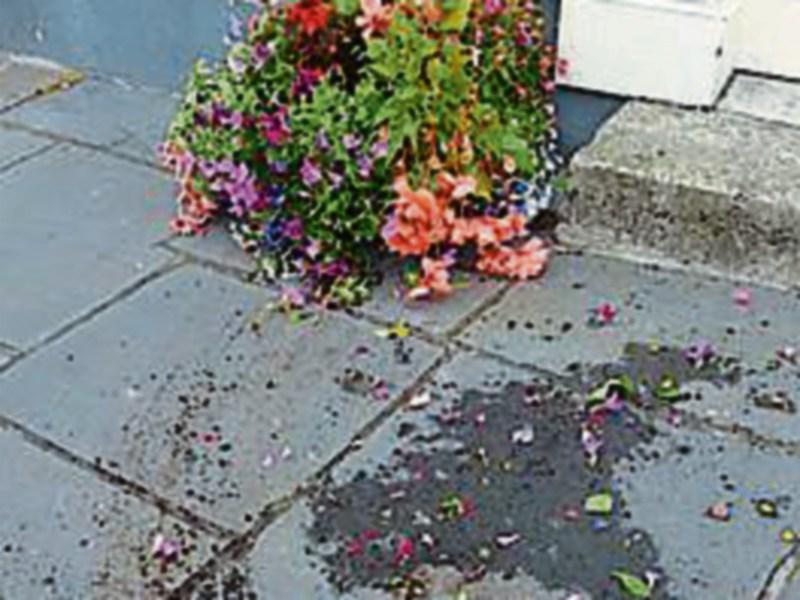 Mindless vandals who pulled down hanging baskets containing flowers on the Main Street, have been condemned by a Cashel Councilllor.

Cllr Martin Browne condemned the vandalism which occurred again at the weekend in Cashel. “Hanging baskets of flowers were again pulled down in this mindless act,” he said.

Cllr Browne is calling on anyone with information to contact the Gardai and help make those responsible for this,answerable for their actions.

“This has been happening over the past few years and is a blight on the town and must be stopped.”

The Sinn Féin Councillor praises the amount of hard work and long hours which the Tidy Towns committee and the staff of the council do in making the town look so well, and for this to happen is heart breaking. Browne is calling for members of the public to come forward if they have seen anything, he is also calling for members of the business community to check their cctv footage to help in identifying the culprits.

Cllr Browne is going to raise the issue of CCTV cameras for the Main Street in both Cashel and Tipperary towns at the next Municipal Meeting and this should help in stamping out these types of mindless acts.

One poster on social media said the culprits should be “named and shamed.”

“Someone knows who did this? If people think this is funny! Well we suggest they get their head examined. The Cashel Tidy Towns volunteers do amazing work to have our town looking like it does. Do not allow a couple of wasters destroy the good work thanks being done by others.”