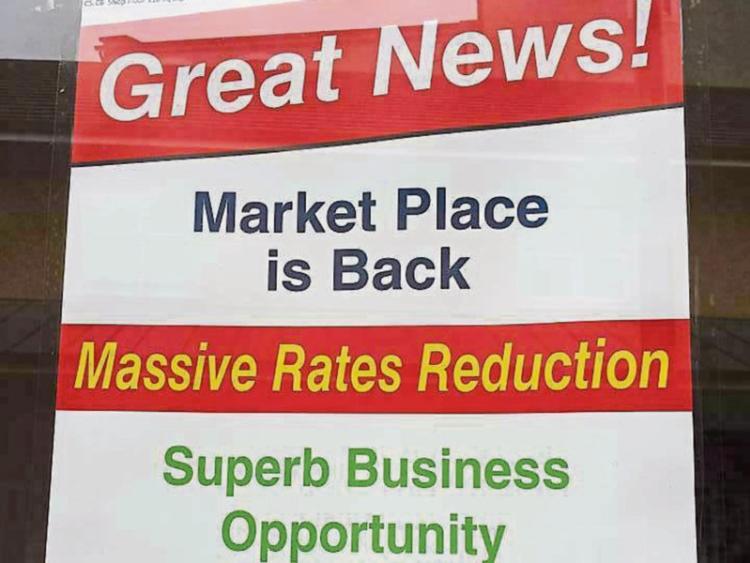 A regeneration of the Market Place shopping area in Clonmel is about to take off.

A decision by the office of the Commissioner of Valuation in Dublin to award a massive rates reduction has provided an enormous boost to the area.

Those seventeen properties do not include the former Super Valu building which is up for sale at the moment.

Paul Collins, a spokesperson for Remcoll Ltd, , said inquiries had already started to flow since the crucial decision.

“When we invested in the property in 2013/2014 there was a big belief in the dynamic of Clonmel and its big catchment area.

“We were aware of the difficulty concerning the rates applicable to the units and we felt that common sense would prevail.

That process has taken longer than expected but now we can finally move on with the regeneration of the area,” he said.

“The hands of the local council were tied. They were aware of our plans for investment and development of the site but nothing could be done until the Dublin office solved it”.

He said the company was excited by the prospect of delivering significant investment to transform Market Place.

“It's only a week since the decision was made public and we have already had inquiries about the cafe and other units” he said.

He expected the area to be transformed with the creation of artisan shops on the ground floor with medical units and other uses on the first floor.

“We could not move forward in Market Place because when we spoke to a prospective occupier of a unit, the rates issue arose.

“Now that obstacle has been removed and we can proceed with our plan for the area,” he said.

The company spokesperson said the rates reduction on top of the rate incentives in place to support businesses in the first three years was an attractive package.

“We will be able to give very good start-up deals to clients for Market Place and doing everything we can to ensure that new businesses are given time to establish themselves in the area,” said Mr Collins.