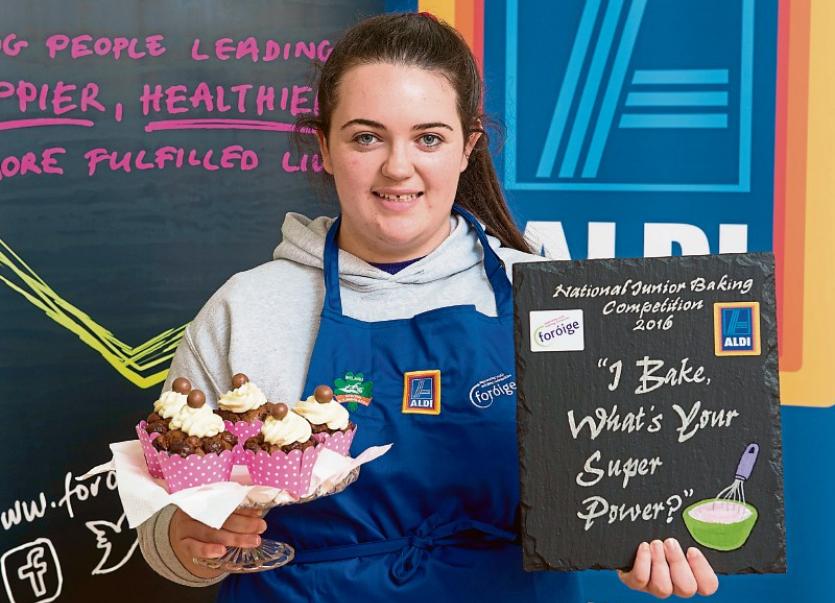 The regional final for the National Junior Baking Competition, which is sponsored by Aldi in association with Foróige and the National Ploughing Association, took place in Mallow, Co. Cork recently. Participants were put forward to the regional leg of the competition having won their county heats.

Miriam Looby (14) from Clerihan Foróige Club, Co. Tipperary beat off stiff competition to go through to the final stages of the competition at the National Ploughing Championship in Screggan, Tullamore, Co Offaly from Sept 20th – 22nd 2016.

The competition theme for 2016 is ‘Muffins of the Moment’ and Miriam wowed the judges in this round by baking Malteaser Muffins.

The final in Cork was the first of four regional finals to be held around the country, where 8 budding bakers will be picked to go forward to the national semi-finals. The other regional finals will take place in Sligo, Dublin and Athlone.

Rachael Murphy, Director of Support Services with Foróige said “In Foróige we pride ourselves on being a place that helps young people discover what they are passionate about and for an ever growing number of young people, baking is a real passion. We are delighted to team up with Aldi Ireland for the second year running as the sponsors of the the National Junior Baking Competition for young people involved in Foróige. For these young bakers this is a great and empowering opportunity to demonstrate their skills and learn from other like-minded young people and our panel of expert judges."